Welcome to Crowdfunding: A Great New Reason for Small Business to Keep “Goin’ to Texas” 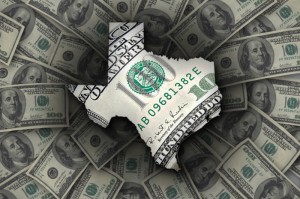 Texas is about to become one of 13 states where small businesses are allowed to solicit funds in exchange for equity.  This news is huge for startups trying to bootstrap their businesses or find other sources for capital — and more proof that Texas is just where we get business done.

On October 23rd, the Texas State Securities Board approved rules, which will become effective at the end of November, which will allow small businesses in Texas to solicit up to $1 million annually from Texas investors via online crowdfunding portals.  The investors, who can invest up to $5,000 a year (or unlimited amounts for an accredited investor) in portal offerings, will receive equity shares in the companies in return.

Previously, crowdfunding over the Internet through websites like Kickstarter hasn’t offered investors a chance to earn financial returns, but has been limited to people who wanted to contribute to a company or cause without any financial return other than promotional items, such as T-shirts or other marketing giveaways. Now they will be able to receive actual shares in the company.

Nationally, the Jobs Act of 2012 allows for crowdfunding investments, but the Securities and Exchange Commission has yet to finalize rules and thus states like Texas are stepping up and passing their own crowdfunding rules.

The effect of the crowdfunding changes on small businesses is Texas has huge possibilities.  Because state-based exemptions only allow companies formed in the state to raise money from residents of the same state, intrastate crowdfunding is restricted by geographic boundaries and the size of the state’s population.  Texas, with a population of 26 million, is the largest state by far to enact crowdfunding.  With approximately 20 million Texans age 18 or older who could invest up to $5,000 per year, that creates $100 billion in investment capital in Texas alone.  Michigan, the next largest state to enact a crowdfunding exemption, has less than half the population of Texas.

Additionally, unlike several other states that have passed or are considering crowdfunding initiatives, Texas offers a business-friendly regulatory environment that is focused on striking a balance between protecting investors and encouraging small businesses to thrive.  For example, while companies in Texas would be subject to customary rules related to fraud, nothing in the rules creates additional liabilities for small businesses raising capital through crowdfunding.  Companies utilizing the crowdfunding portals to raise $1 million or less need only have their CEO certify their financial statements rather than provide audited financial statements and only need to submit limited disclosures.

After startups find their Texas-based portal, the crowdfunding can begin. Texas non-accredited investors will be able to invest up to $5,000 in as many companies as they desire. There will be no limitations for accredited investors.  Investor funds must be placed in escrow until the specified minimum offering amount has been raised.

Offerings must comply with the federal intrastate offering exemptions, which require that: