When a business is attacked in an anonymous 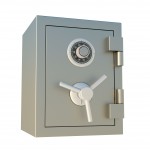 website post, the first hurdle it typically faces in seeking redress is identifying who wrote the post.  The problem can be a particularly serious one for businesses that attract customers from review sites.  Those who follow this area of the law have been waiting with anticipation for a decision in an appeal in such a case, pending in the Virginia Supreme Court, and which many thought would address this question.

But when the decision in Hadeed Carpet Cleaning, Inc. v. Yelp, Inc. was handed down on April 16, it sidestepped that question entirely.  Instead, it focused solely on whether Virginia law authorizes the service of a subpoena on a non-party out-of-state entity simply because it has a registered agent in the state.  The answer was no.

In Hadeed, a Virginia carpet cleaning company believed that disparaging reviews posted about it on Yelp! – whose terms of service require posters to comment only on businesses they have patronized – had not been written by its actual customers.  It brought a defamation action against the posts’ authors as “John Doe” defendants.  Almost immediately, the carpet outfit also served a subpoena on Yelp to produce information it recorded about the authors of the specific posts.  Yelp, a Delaware corporation with its principal place of business in California, resisted and was held in civil contempt.  That result was upheld by the Virginia Court of Appeals in January, 2014.  Its decision devoted almost 20 pages to the issue of how to balance the free speech interest with the right of an entity defamed anonymously to redress its reputation, and only a little more than two pages to the subpoena jurisdiction question.

In the Supreme Court’s opinion, however, it was all about subpoena jurisdiction, which the state’s top court found was lacking.   Yelp was not a party to the lawsuit and was present in Virginia only by an agent for service of process.  The Supreme Court read that to exclude subpoenas, and went no farther.  Two of the seven justices dissented in part, arguing that applying traditional geographic notions to limit a court’s ability to order production of records, even when records are electronically stored, is one of the “lingering artifacts of an earlier age.”  However, even the partial dissenters agreed the decision below should be reversed.  Applying the Constitutional, rather than the Virginia statutory, test for jurisdiction, they would have found Yelp’s activity in Virginia insufficient to let the state exercise general or specific jurisdiction over it.

Hadeed may still make some law on the First Amendment fight, however.   Virginia’s top court Court did not quash the challenged subpoena.  Instead, it remanded the case for further proceedings, noting the carpet cleaning company may choose to use the California version of Uniform Interstate Depositions and Discovery Act to have the Virginia subpoena enforced.