US News features Joe Bogdan: What is the Law School Socratic Method? 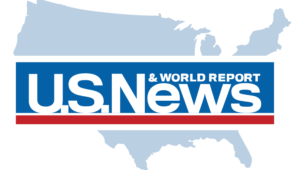 Here’s an excerpt of a recent article in U.S. News & World Report titled “What Is the Socratic Method That Law Schools Use?”-
Joe Bogdan, a partner at the Chicago office of the Culhane Meadows law firm and an associate professor at Columbia College Chicago, says one benefit of the Socratic method is that it allows students to imagine themselves as judges and envision how they would resolve legal disputes.

Another benefit of the method, he says, is that it shows law students what the most compelling arguments are on both sides of important legal questions so that, once they become attorneys, they can win legal debates and effectively represent their clients.

Bogdan says prospective law students should prepare for Socratic method classes by bolstering their public speaking skills. Those who are still in college should practice raising their hand in undergraduate courses and gain confidence in their ability to communicate effectively, he suggests. Participating in extracurricular activities like student government may also be useful.

Bogdan adds that individuals who have experience delivering public speeches will be less intimidated by the possibility of saying something wrong in public and will be able to keep calm under the pressure of being cold-called in a Socratic method class.

The entire article can be found HERE.