by GW Admin
Comments are off 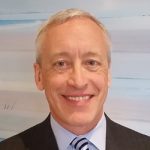 Joe Bogdan (jbogdan@culhanemeadows.com) has served at the forefront of intellectual property law with significant experience in entertainment, media, live events, music, motion picture/television, consumer products and video game industries both as in-house counsel and in private practice. In the area of IP, Joe specializes in trademark and copyright prosecution; trade secret protection; patent, trademark and copyright licensing; intellectual property counseling and audits; as well as due diligence. His corporate practice extends from the formation and maintenance of closely-held businesses to sophisticated merger and acquisition activities for publicly traded companies. Joe’s in-house experience includes serving as World Wrestling Entertainment’s Senior Vice President Legal and Business Affairs. He previously worked in private practice at Drinker Biddle and Manatt, Phelps & Phillips. Joe received his B.A. in English Literature from the University of Illinois at Urbana-Champaign, and his M.A. in Communications Management and his J.D. from the University of Southern California. He is admitted to practice in Illinois. 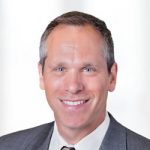 Lawrence “Larry” Kass (lkass@culhanemeadows.com) brings focuses on protecting the intellectual property of clients in biopharma, chemical, and the manufacturing arts. His practice spans the full spectrum of intellectual property law, including patent and trade secret litigation, corporate finance and technology transactions, client counseling and trade secret Intellectual property. Larry has served as lead counsel on behalf of a U.S. chemical corporation in the successful trial and appeal of its International Trade Commission case against its former Chinese distributor for misappropriation of trade secrets. Clients in high-profile cases rely on his insight and experience during pre-suit investigations, litigations and related matters and his handling of the intellectual property aspects of corporate, finance, licensing and technology transactions for their multibillion-dollar projects. Prior to joining Culhane Meadows, he spent most of his career in private practice as a partner at Milbank, Tweed, Hadley & McCloy.  Larry is admitted to practice in New York Bar, the U.S. Eastern District of New York, the U.S. Court of Appeals of the Federal Circuit (Washington, DC), the U.S. Patent & Trademark Office, and the U.S. Supreme Court.  He is active in the Federal Circuit Bar Association, where he was the Chair of Bench & Bar, Rules, Legislative, and Veterans committees.  He is also active in the Intellectual Property Owners Association, the New York City Bar Association, and the American IP Law Association. 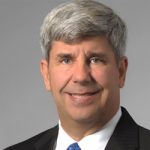 Robert “Bob” Klinger (rklinger@culhanemeadows.com), the former co-patent chair of Jackson Walker, has prosecuted more than 1000 U.S. and foreign patents, including reexaminations and reissues. He has directed CAFC and European Patent Office hearings and brokered more than $25 million worth of patents. Additionally, Bob advises clients on all aspects of intellectual property ownership, development, and management, including: procuring, enforcing, and monetizing large patent portfolios; offensive and defensive patent litigation; licensing, transactions, and due diligence; and pre-IPO intellectual property audits and opinions regarding patents, trademarks, copyrights, and trade secrets. To every client matter he brings significant depth in electrical engineering, including his training and work as a Senior Electrical/RF Design Engineer for Honeywell where he designed defense communications systems, including advanced battlefield weapons and fire control systems.  In addition to prosecuting foundational patents covering PCI Express, including a successful IPO and later brokering of the patents, Bob worked with 5th grader Ryan Landis, the inventor of HangEase, a collapsible hanger, to secure a utility patent and trademark for the product featured in the TV show Shark Tank, and also advised Ryan on the successful placement of the product in a major U.S. retailer. He is admitted to practice in Texas, Minnesota, and before the U.S. Eastern District of Texas, the U.S. Federal Circuit Court of Appeals, the U.S. Northern District of Texas, the U.S. Eight Circuit Court of Appeals, and the U.S. Patent & Trademark Office. 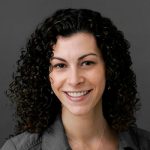 Felicia Traub’s (ftraub@culhanemeadows.com) roots in trademark and branding run deep — both as an attorney in private practice and as in-house counsel at Colgate-Palmolive Company and Chanel. As in-house counsel at Colgate-Palmolive Company, she had jurisdiction over major consumer product categories in more than two-hundred countries worldwide and counseled the company’s business units on all aspects of trademark, copyright, and unfair competition law.  Felicia also served in private practice in the New York City offices of Skadden Arps; Duane Morris; and Cowan, Liebowitz & Latman, where she counseled clients in diverse fields, including fashion, fragrance, cosmetics & personal care, telecommunications, entertainment, toys, pharmaceuticals, medical devices, household cleaning products, alcoholic and non-alcoholic beverages, food products, restaurant services, pet food, financial services and industrial manufacturing. Felicia has also coordinated transfers of intellectual property assets in corporate acquisitions and divestitures and has advised clients on image rights and trademark licensing issues.  Felicia earned her A.B. from Duke University, graduating summa cum laude, and her J.D. from New York University School of Law. She is admitted to practice in Texas and New York. 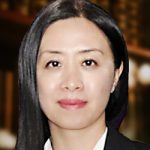 Jingjing Ye (jye@culhanemeadows.com) brings significant experience representing clients in private practice and as in-house patent counsel at Samsung Research America. During her tenure with Samsung, Jingjing managed a telecommunications R&D center’s entire patent portfolio consisting of subject matters including multiple telecommunications standards, RF front end, mobile security, and software.  She worked closely with researchers, engineers and patent staff at the forefront of the mobile communications revolution and produced a highly valuable patent portfolio for Samsung. In private practice, she successfully prosecuted hundreds of wide-ranging patent applications on electrical and computer subject matters at a few IP boutique law firms. She received her B.E. in Electrical Engineering and LL.B. in Law from Tsinghua University in Beijing, China; and her M.S. in Computer Science and J.D. from N.Y. State University at Buffalo. She is admitted to practice in New York, Texas, and before the U.S. Patent & Trademark Office.

“In joining Culhane Meadows, these talented new partners further underscore our commitment to secure and protect our client’s IP assets nationwide,” says Grant Walsh, co-managing partner of the Dallas office and a founding member of the firm. “Our innovative business model continues to attract lawyers from preeminent law firms seeking a better way to practice law. These five new partners add even more depth to our already distinguished roster. As we approach the 60-lawyer mark across our national offices, we are excited about new opportunities to deliver outstanding partner-level legal services more efficiently to major corporations and emerging companies at every stage of growth.”

About Culhane Meadows – Big Law for the New Economy®