by Harve Linder
Discrimination, transgender
Comments are off

The most recent developments in this area of employment law involve those individuals who are transgender, meaning that they were born as one gender and then voluntarily transformed into the other gender.  The Equal Employment Opportunity Commission (“EEOC”) has just recently ordered the Department of the Army to pay damages to a transgender employee whom it barred from a restroom matching her new identity, and continued to refer to her by her previous gender. 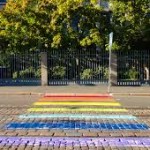 On April 1, 2015, the EEOC issued a decision stating that the Army violated a federal sexual-discrimination law by its actions against a military veteran and civilian software specialist in Alabama who transitioned from male to female.  The Army required her to use a single-person, gender-neutral restroom.  The Army was concerned that other employees might feel “uncomfortable” sharing a restroom with her.  The Army argued that it provided legitimate and non-discriminatory reasons for requiring the employee to use the single-user restroom, and that management was supportive of her transition.  But, the EEOC determined that federal law prohibits the Army’s actions.

The EEOC did not specify how much money the Army should pay to veteran, leaving the matter for the parties to negotiate.  Further, the ruling also ordered the Army to provide discrimination training for all workers and supervisors in the office where the transgender employee works.

The EEOC decision comes about six months after the U.S. Office of Special Counsel (“OSC”) reached the same conclusion in a landmark case involving the same employee.  The OSC, a federal investigative and prosecutorial agency, ordered the Army to provide sensitivity training but did not address monetary damages.

This case is part of a broader initiative by the government to protect lesbian, gay, bisexual, and transgender employees in the federal workforce.

The Justice Department issued a memo in December recognizing that transgender individuals are protected from discrimination under federal law.  Additionally, President Barack Obama signed an executive order last year banning workplace discrimination against lesbian, gay, bisexual, and transgender employees of federal contractors and the federal government.  The directive, which officially took effect last week, prohibits the firing or harassment of federal contractors based upon sexual orientation or gender identity, and it bans discrimination against transgender federal employees.

Last September, the EEOC filed a lawsuit against Lakeland Eye Clinic in Florida for discriminating against an employee because she is transgender.  Just this past week, the clinic settled, admitting no wrongdoing, but agreeing to pay her $150,000 in back-pay and damages. It also agreed to implement gender identity non-discrimination protections and trainings for its employees.

When the employee was first hired by Lakeland as the Director of Hearing Services in July of 2010, she had not yet begun her transition.  Six months later, she began wearing feminine attire and makeup to work, prompting ridicule from her co-workers.  In April of 2011, she told the clinic of her intentions to transition.  In addition to patently negative treatment, all but one of the clinic’s physicians stopped referring patients to her.  She was fired and told that her position, along with the whole hearing division, was being eliminated. Two months later, Hearing Services were still in place and she had been replaced.

The EEOC alleged that such conduct violates Title VII of the Civil Rights Act, which prohibits discrimination on the basis of sex, including non-conformance with gender stereotypes.  According to the EEOC order, in addition to agreeing to pay the former employee, and providing her with a neutral job reference, Lakeland must adopt a policy protecting transgender employees from harassment and termination based on their gender identity.

This EEOC suit was one of its first against a non-governmental agency.  Another lawsuit filed around the same time is still pending against a funeral home in Indiana.  In addition to these two cases, the EEOC ruled on behalf of transgender government employees in the 2012 case of a Department of Justice employee.

At least one success against transgender discrimination was achieved without the EEOC’s intervention.  In 2011, the Eleventh Circuit ruled in favor of an employee of the Georgia General Assembly who was fired for being transgender, concluding that the firing was a violation of the Constitution’s Equal Protection Clause.  Another lawsuit could be on the way.  In March, the Department of Justice filed its own case against Southeastern Oklahoma State University and the Regional University System of Oklahoma for discrimination and retaliation against a transgender employee.

Despite the successful precedent being established by these cases, gender identity non-discrimination protections are still not enumerated under federal law.  Courts may defer to the position the EEOC and Justice Department have taken on interpreting Title VII’s protections, but some courts may not.

Harve Linder concentrates his practice in all areas of employment law and human resources, as well as general corporate and commercial law. A season
ed arbitrator, mediator, GC and senior executive, he is particularly well-equipped to guide clients through matters involving employment law, complex business transactions, class actions, securities (FINRA), and a variety of commercial disputes.