A basic risk management tool for just about any kind of organization is its liability insurance coverage.  Despite its ubiquity, however, some fairly basic provisions of a liability insurance policy, such as its definition of an occurrence, can still yield unpleasant surprises, as a recent decision of the New York Court of Appeals illustrates.  The lesson is one which both insurers and insureds need to heed.

Facts of the Case

The issue in Selective Insurance Company of America v. County of Rensselaer, 2016 N.Y. Slip Op. 01001 (Feb. 11, 2016), was how to apply the deductible in a liability coverage purchased by the County of Rensselaer.  The County had a rule requiring all persons admitted to the county jail to be strip-searched, despite a federal appellate court decision suggesting that policy was unconstitutional.  Individuals who had been strip-searched brought putative class action challenging the rule in 2002. 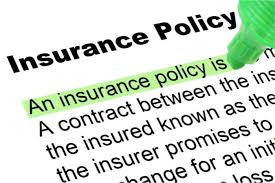 County tendered the suit to its carrier, Selective, for a defense under the policy’s coverage for personal injury, which was defined to include humiliation, mental anguish and violation of civil rights.  The policy called for a deductible to be applied to all covered damages sustained “by one person or organization as the result of any one ‘occurrence.’”  “Occurrence,” a critical concept in liability insurance, was defined this way:

“’Occurrence’ means an event, including continuous or repeated exposure to substantially the same general harmful conditions, which results in  . . . ‘personal injury’  . . . by any person or organization and arising out of the insured’s law enforcement duties.  All claims arising out of (a) a riot or insurrection, (b) a civil disturbance resulting in an official proclamation of a state of emergency, (c) a temporary curfew, or (d) martial law are agreed to constitute one ‘occurrence.’”

There were some procedural twists and turns, but, in essence,  Selective, the insurer, defended Rensselaer County and negotiated a settlement under which the slightly more than 800 plaintiffs would receive $1,000 each, with  $5,000 for the lead plaintiff,  and roughly $440,00 in attorneys’ fees also would be paid.

What brought the case to New York’s highest court was the County’s decision it would pay its insurance carrier just one $10,000 deductible.  Selective’s response was to sue the County to recover the deductible amount for each of the 800-plus claims; the County countered that even if that position were sustained, all of the attorneys’ fees should be allocated to just one claim.

Judge Abdus-Salaam’s opinion for five judges (two recently appointed judges did not participate) began with a reminder that the touchstone for determining insurance coverage issues is the language of the policy.  New York law says unambiguous terms in contracts are read according to their fair meaning.  If there is ambiguity, however, insurance policies are to be read in favor of the policyholder.  Here, the court readily concludes each individual’s personal injury claim is a separate occurrence, particularly because the policy specifically treated four kinds of large-scale events, such as the imposition of martial law, as single occurrences.

As the court’s sole footnote observes, the parties to the policy were free to define “occurrence” as they wish in the attorneys’ fees (or any other) context, but had not.  So the take-away here is hardly novel, but applies to both insurers and insurers alike: read the policy and consider how it should apply in your particular circumstances.