by David Jacoby
Commercial Division, NY CPLR
Comments are off

The Commercial Division of New York’s Supreme Court turned 20 in 2015, an occasion marked by a conference and accompanying booklet on its accomplishments (link here: https://www.nycourts.gov/courts/comdiv/NY/PDFs/CDbrochure.pdf), and, in the last few weeks, by a 12-minute video birthday card of sorts (you can watch it at https://vimeo.com/151074229, using the password Justice).

But lest you think it was all birthday cake and speeches, the Commercial Division also put in place a bundle of new rules in 2015, and already has others at the proposal stage in 2016 — as one of the segments of the video put it, “Continuously Reinventing Itself.”  Broadly speaking, the new rules continue the trend of moving features of the Court’s practice closer to federal-style proceedings.  The Division is able to do this in part because it has a panel of active practitioners, in-house counsel and judges, the Commercial Division Advisory Council, that has cont 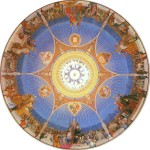 inued to look for ways to improve its operations.

Here a word is in order about how rules for New York courts get made.  When New York’s Civil Practice Law and Rules took effect over 50 years ago, the Rule portions could be amended by the court system.  Later, the Legislature took away that power, so any CPLR change must get the approval of the Legislature and the Governor.  The Unified Court System’s administrative rules for the state’s ten different types of trial courts which it can alter on its own, provided they don’t conflict with the CPLR.  The Commercial Division Rules, found at 22 NYCRR §202.70, have been creative in avoiding such conflicts – for example, by making expediting procedures available provided all parties consent.

In addition, 2014 rule proposals took effect so that:

Finally, two new rules already have been proposed in 2016 and are open for public comment until March.  One deals with in-person conferences to resolve disclosure disputes before non-judicial Court personnel.  At any party’s request, the parties would be required to submit a writing setting out what was resolved and submit it for signature by the justice assigned to the matter, or to dictate the result into the record to be submitted to the Court to be so ordered or otherwise incorporated into an order.  This is intended to avoid disputes over how disclosure disputes were resolved.

Settlement Judges  Another proposal would let counsel in a case jointly request that another Division justice act as a settlement judge, in the manner that magistrate judges often do in the federal district courts.  Not only the parties, but also the judge to whom the case is assigned, must go along with the request.  The idea is to avoid a party’s signaling what may be perceived as weakness to the judge hearing the case, and also avoid the possibility the assigned judge might in turn communicate that weakness to an adverse party.  Interestingly – and, unlike the Civil Appeals Management Plan in the Second Circuit, for example — the proposed rule does not explicitly impose a confidentiality obligation on the settlement judge.

David Jacoby is a seasoned commercial litigator in Culhane Meadows’ New York City office and has just finished teaching New York Practice for the ninth year as an adjunct professor at Fordham Law School.  He has helped clients navigate disputes in a wide range of industries including haute couture, motion picture, franchising, finance and software involving trademarks, anti-counterfeiting, copyrights, trade secrets, Internet issues and contract rights. He has tried or argued cases in numerous state and federal trial and appellate courts, in private arbitrations, and at the Iran-U.S. Claims Tribunal at The Hague.