TECHNOLOGY, ANALOGY AND THE COMMON LAW

“The common law is a growing tree,” a 19th Century Pennsylvania judge wrote. “Its principles must be continually adapted to new facts, and the changing conditions of modern life.”[1]   Technology has been a frequent changer of modern life.  The New York Court of Appeals recently had to reconcile  technology and the common law in Flo & Eddie, Inc. v. Sirius XM Radio, Inc.¸ 2016 WL 7349183 (December 20, 2016).

At issue was how to treat roughly 100 pre-1972 sound recordings of The Turtles.  (You’ve probably hummed some of the tunes, such as “Happy Together” – Flo and Eddie were two original members of the band.)  What rights accompanied these master recordings?  Plaintiff had battled with for-fee satellite broadcaster Sirius XM to get paid for its use of the masters, with some success.  But a narrow majority concluded the pre-1972 New York common law afforded Flo & Eddie no rights.  Moreover, any change would have to come from the Legislature, not the courts. 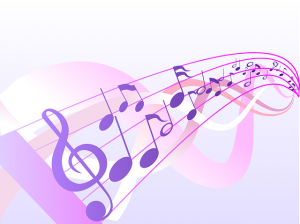 A little history helps to frame the context.  The roots of copyright are in British common law.  Originally, the author of a writing enjoyed the exclusive right to copy it.  Once that happened, however, the author was said to have dedicated the work to the public and had no further right to control its reproduction.

Statutory copyright in the U.S. was more generous.  The author had the exclusive right to control reproduction, even after the first publication, for a period of years.  Some protection for musical works was added in 1831, governing sheet music.  Recording existed when the 1909 version of the Copyright Act was enacted.  But because a court had held a player piano roll could not be copyrighted, it was thought the same conclusion must follow for wax recordings, so Congress created no copyright in a specific performance of a musical work captured on a record.  It was not until 1972 that federal law conferred an exclusive right to exploit a musical performance, but only in limited circumstances.  Another generation passed before the 1995 Digital Performance Right in Sound Recordings Act gave owners of a sound recording the right to control performance of the recording, and then only for digital audio transmission.   Moreover, it did so only for post-1972 recordings.  For earlier ones, Congress ultimately let protections under state law continue in force until 2067.

As for New York law, a 1940 decision[2] seemed to hark back to old England.  It held that any New York common law copyright vanished with the sale of the recording, and that broadcasting a record didn’t copy it but performed it.  While a 1955 decision[3] re-interpreted the 1940 case as an “anti-piracy” ruling, the Flo & Eddie majority said it remained good law insofar as it held that playing a record wasn’t reproducing it; therefore, broadcasting it violated no right.  The Flo & Eddie majority accepted the conclusion of a Third Circuit decision[4] that traditional (“terrestrial”) radio and the record industry had developed a “symbiotic” relationship.  Although the radio stations paid nothing for spinning records, the recording industry still benefitted from air play because it drove sales.

The Flo & Eddie case, asserted as a class action on behalf of all similarly situated persons, was returned to the federal courts for further proceedings.  On February 16, 2017, the Second Circuit remanded the case to the District Court with instructions to grant defendant summary judgment and dismiss the case because the New York Court of Appeals’ decision also foreclosed the musicians’ fair use and unfair competition claims.  More recently still, the Ninth Circuit certified questions to the California Supreme Court in another Flo & Eddie case involving statutory and common law in that state.[5]  Meanwhile, the Florida Supreme Court scheduled oral argument in a case previously certified by the Eleventh Circuit.[6]

All six participating judges recognized that technology had turned the tables on the recording industry.  The majority specifically left the door open to consider other new technological applications, slip op. p. 32 n.6.

Three judges of the Court – one concurring in result, two dissenting — would have weighed the technological aspect differently.  As Judge Fahey’s separate concurrence astutely noted, “In a technologically simpler time the distinction between performance and publication was easy to define.  That is not true now.”  Concurrence slip op. at p. 2.  He articulated a five-step “continuum,” and stated that rental or leasing of a musical recording “on-demand” amounted to publishing, not just performing, the work.  Id., at p. 3.  Such “digital broadcasters have not given corresponding assistance” to the growth of the recording industry or its artists.  Id., at p. 7.  “To allow a user to regularly, specifically, and directly access an exact sound recording ‘on-demand’ is not to facilitate the ‘public performance’ of such recording, but to publish that work and therefore to infringe upon the right of the copyright holder to sell it.”  Id., at p. 9.

Judge Stein’s dissenting opinion took the point still further.  “I reject a parochialism that justifies turning a blind eye to the exploitative practices of today’s music industry made possible by technological advances and that, as a consequence, excludes from our common-law copyright in sound recordings a quintessential property interest in the use of these works, and limits a creator’s opportunity to derive financial benefit from their performance.”  Dissent, slip op. at p. 7.  She would have held that a “copyright holder’s interests are not relinquished by the mere sale of the musical work.”  Id., at pp. 11-12.   Her opinion pointed to the recognition of a performance right by New York courts in other media, including stage plays and films, and noted a 2005 decision of her court that had recognized a common law property interest in a performance captured on a record.[7]  “A common law right of public performance protects against technologies that reap financial gains from musical works and that jeopardize prior revenue streams of copyright holders, while also allowing the copyright holder to share in the profits.”  Id., at p. 25.

Technology is often disruptive, of course.  Law, and particularly statutes, rarely get ahead of technology and often have difficulty catching up.  To paraphrase George Orwell’s Animal Farm, the rules written on the wall hadn’t changed but their meanings had.  So when science jumbles the legal bases for distinctions previously made, how should courts proceed?

Often they proceed by analogy.  A steady string of technological advances in how stories can be told – from writings to motion pictures, to television, to videogames — did not prevent the U.S. Supreme Court from finding that all were entitled to the protection of the First Amendment.[8]  It reasoned that expressive aspects of these very different media were similar enough to be treated alike.  In another recent New York appellate case, the First Department reversed a post-trial dismissal of a conviction under Penal Law § 165.07, barring “tangible reproduction or representation” of secret scientific material, because uploading the swiped code at issue caused it to occupy physical space on a hard drive.[9]

Sometimes, however, such extensions would be illogical.  Consider, for instance, the U.S. Postal Service’s statutory monopoly on carrying letters, dating back to before the adoption of the Constitution.[10]  The volume of postal mail has fallen dramatically due to technological change, namely, the advent of electronic mail.   The communicative functions of letter mail and e-mail are the same.  But would anyone seriously claim the USPS should be able to bar any other entity from providing e-mail service?

So reasoning by analogy alone may not be enough.  But until there is a definite holding in a specific context, technology can confuse the categories and create an uncertainty that clients and lawyers abhor.  When various licenses for motion pictures were written, no one fully anticipated the advent of television and related media.  Community antenna television systems aren’t necessarily the same as pay cable television or streaming.  So now various entertainment licenses – for instance, related to video games – may speak of “the Universe” as their geographic scope.  They may say they cover any utilization “by any means,” “by other improvements and devices which are now or may hereafter be used,” or “by any present or future methods or means.”[11]    That may suffice for now, say, to take in AR and VR – but what if someone develops an AI function that “learns” how people recall perceiving media they’ve experienced, including copyrighted material, and incorporates those perceptions into new materials?

Author David Jacoby is a seasoned litigator with impressive diversity and depth of experience in navigating client disputes in a wide range of business industries. He has tried or argued cases in numerous state and federal trial and appellate courts, in private arbitrations and at the Iran-U.S. Claims Tribunal at The Hague. His intellectual property-related work has included matters in the haute couture, motion picture, franchising, financial and software industries involving trademarks, anti-counterfeiting, copyrights, trade secrets, Internet issues and contract rights.