by Bob Dremluk
bankruptcy exemption, rent-stabilized apartment
Comments are off 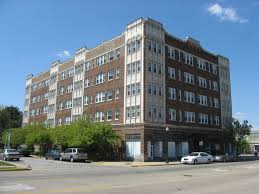 The New York Court of Appeals, in response to a certified question from the US Court of Appeals for the Second Circuit, has held that a rent-stabilized residential lease is a public assistance benefit that is exempt from claims of creditors of the debtor tenant under Section 282(2)(a) of the New York Debtor and Creditor Law. This is a matter of first impression in New York and may have far reaching impact on affordable housing policies and regulations by allowing a rent-regulated tenant to file bankruptcy without losing an apartment.

The debtor Mary Santiago-Monteverde has lived in her rent stabilized apartment in Manhattan for over forty years. After her husband died she filed for Chapter 7 bankruptcy. Shortly thereafter, the owner of her apartment approached the bankruptcy trustee and offered to buy the debtor’s interest in the apartment lease. When the trustee advised her that he planned to accept the offer, she claimed that her apartment was exempt from the bankruptcy estate under DCL § 282 (2) as a “local public assistance benefit.”

The Bankruptcy Court granted the trustee’s motion to strike the claimed exemption on the ground that the value of the lease did not qualify as an exempt “local public assistance benefit,” reasoning that “the benefit of paying below market rent [ ] is not a ‘public assistance benefit’ that is entitled to any exemption in bankruptcy” and that the benefit “is a quirk of the regulatory scheme in the New York housing market, not an individual entitlement.” The District Court affirmed the Bankruptcy Court, holding that “the value in securing a lawful termination of the rent-stabilized lease . . . is a collateral consequence of the regulatory scheme and not a ‘local public assistance benefit'”

On appeal to the Second Circuit, the debtor argued that “the lease (or its value) is a ‘local public assistance benefit’ because the value of the lease (in whole or in part) is traceable to the protections afforded to her under the [Rent Stabilization Code]” Recognizing that this argument raises an open issue of New York law, the Second Circuit certified the following question to the New York Court of Appeals “Whether a debtor-tenant possesses a property interest in the protected value of her rent-stabilized lease that may be exempted from her bankruptcy estate pursuant to New York State[DCL] Section 282 (2) as a ‘local public assistance benefit’?” The New York Court of Appeals answered in the affirmative.

Analysis
The Court of Appeals determined that ‘[w]hen the rent-stabilization regulatory scheme is considered against the backdrop of the crucial role that it plays in the lives of New York residents, and the purpose and effect of the program, it is evident that a tenant’s rights under a rent stabilized lease are a local public assistance benefit. The Court noted that “the rent-stabilization program has all of the characteristics of a local public assistance benefit” because it is (i) plainly local, (ii) publicly enacted and implemented, (iii) provides assistance to a specific segment of the population that otherwise could not afford to live in New York City and (iv) provides benefits to a targeted group of tenants

Implications
Rent regulated apartments in New York City are exempt in bankruptcy cases as a public assistance benefit under Section 282(2)(a) of the New York Debtor and Creditor Law and not subject to sale by bankruptcy trustees. Therefore, landlords cannot buy back such leases from bankruptcy trustees. That said, there are some interesting issues that arise—one being whether the rent-stabilization system is a partial government taking without just compensation and another being whether the transformation of a lease into a public benefit might create unforeseen tax consequences for rent-stabilized tenants in the form of imputed income.

Robert Dremluk is a partner in the New York office of Culhane Meadows, practicing in the areas of litigation, finance, bankruptcy, and creditors’ rights.  His work focuses on diverse interests in federal and bankruptcy court litigation and advice and risk assessment regarding transactional matters, including asset purchases, structured finance transactions, real estate workouts, foreclosures, and purchases and sales of distressed assets.