by David Jacoby
federal trade secret right
Comments are off

With President Obama’s signature on May 11, 2016 of the Defend Trade Secrets Act of 2016 (“DTSA”), a new intellectual property right under federal law came into existence in the United States.   The statute, passed almost unanimously in both houses of Congress, creates one particularly powerful ex parte seizure remedial option in limited circumstances.  The Act’s more immediate impact in most contentious situations, though, will be to open the door to the federal courthouse for trade secret claims even when diversity of citizenship is lacking and the trade secret claim can’t piggyback into federal court on some other claim.  The statute also creates a “whistle blower” immunity for employees and others in certain circumstances and requires employers to advise employees about it in their contracts.  Here’s a thumbnail sketch of what the new law does. 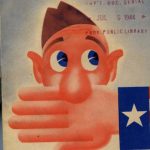 al Right: DTSA amends the trade secret provisions of the Economic Espionage Act of 1976, a criminal statute, to create a civil claim where a misappropriated trade secret relates to “a product or service used in, or intended for use in, interstate or foreign commerce.”  It gives federal district courts original jurisdiction of such private claims and establishes a three-year statute of limitations from when the misappropriation on which the trade secret claim is based was discovered or should have been discovered with reasonable diligence. Federal courts have hardly been strangers to trade secret claims, with state-law-premised cases being filed either on the basis of diversity jurisdiction or as ancillary to other claims.  But until now, the trade secret claims that found their way to federal court had to rely on state law, which varies.  (DTSA in fact resembles the existing Uniform Trade Secrets Act in many ways, which often forms the basis for states’ trade secret laws.)  Although DTSA creates a new federal right, it specifically does not pre-empt state law.  So now claims can proceed based entirely on federal law, or they can draw on federal and state law.

Remedies:  The remedies available under DTSA include injunctions; damages for actual loss; any additional damages for unjust enrichment not covered by actual damages; or, alternatively, imposition of a reasonable royalty.  In instances of willful and malicious appropriation, these damage sums can be doubled.  Reasonable attorneys’ fees can be awarded to the prevailing party in three situations: if the trade secret claim was brought in bad faith; if an injunction is sought or opposed in bad faith; or if the trade secret’s misappropriation was willful and malicious.  The statute carves out reverse engineering from its prohibitions.

Whistle Blower Immunity:  Section 7 of DTSA grants immunity for the confidential disclosure of a trade secret to government officials or in a court filing under seal by an employee, contractor or consultant.  For contracts entered into or updated after DTSA is in force, an employer must provide notice of this immunity in any agreement dealing with the use of trade secrets or confidential information.  As written, this requirement applies to every business, regardless of size, and also to individuals.

Seizure Provision:  Almost a third of the statute deals with a new civil seizure of property remedy one might analogize to a “no knock” warrant that the court can issue on ex parte application (the other side doesn’t get notice) “but only in extraordinary circumstances.” Section 2(b)(2).  The showing needed is more than that for an ordinary injunction.  But the court must structure its order to minimize the impact on the legitimate business of the seizure target to the extent possible.  Security must be posted to pay any damages the court may award for wrongful seizure.  Additionally, the court must take appropriate steps to protect the target of the seizure order from publicity about it.  The court itself must take custody of any seized materials and secure them and protect the confidentiality of seized, non-trade secret material.  In most cases, the court must hold a hearing post-seizure within seven days.  The court can award remedies for wrongful seizure.

Here are some further issues for practitioners and businesses to think about: