by David Jacoby
Hague Service Convention, mail service of process, US Supreme Court
Comments are off 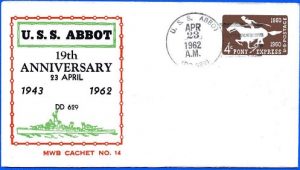 The U.S. Supreme Court ruled unanimously in late May that the Hague Service Convention does not bar a U.S. litigant from using the mail to serve process on a party in another country that, like the U.S., has ratified the Convention, unless that foreign country specifically has objected to such mail service.  Water Splash, Inc. v. Menon,  ___ U.S. ___ (May 22, 2017).

Lawyers in the Second and Ninth Circuits may not find this surprising, as those Courts of Appeals previously had reached the same conclusion.  The Fifth and Eighth Circuits, however, had held to the contrary.

The main point of the Hague Service Convention was to set up procedures in each signatory state for a “Central Authority” to take charge of sending on judicial and extrajudicial documents from abroad once they arrived.  But Article 10 provides in part: “Provided the State of destination does not object, the present Convention shall not interfere with –

Water Splash, a Texas firm that makes aquatic systems for playgrounds, sued a former employee resident in Canada on various tort claims related to her job, and got permission to effect service by mail.  Canada had not registered an objection to postal service with its instrument of ratification, as some nations have done.  When defendant defaulted, Water Splash sought and obtained a default judgment in Texas state court.  Ms. Menon tried to set aside the default, arguing she had not been properly served.

Justice Alito’s opinion for all the participating justices makes short shrift of the claim the Convention created two sets of rules, one for documents that give notice of a claim, and another for all “post-answer judicial documents.”  All of the Convention, the opinion observes, is about service of documents.  The Court finds no support for the defense claim in the structure or text of the Convention, nor in documents revealing its drafting history.

Is Ms. Menon’s effort to upset Water Splash’s judgment all wet?  Not quite.  The Convention only says it doesn’t “interfere with” service by mail.  The Supreme Court doesn’t reach the issue of whether mail service was authorized in this case.  It leaves open and remands for further consideration whether Texas law permits service by mail in the circumstances presented.

David Jacoby is a seasoned commercial litigator in Culhane Meadows’ New York City office. He has helped clients navigate disputes in a wide range of industries including haute couture, motion picture, franchising, financial and software industries involving trademarks, anti-counterfeiting, copyrights, trade secrets, Internet issues and contract rights. He has tried or argued cases in numerous state and federal trial and appellate courts, in private arbitrations, and at the Iran-U.S. Claims Tribunal at The Hague. He can be reached at djacoby@culhanemeadows.com.