On January 23, 2015, the attorneys from the Atlanta office of Culhane Meadows PLLC spent the entire business day sharing their knowledge of business with the sixth graders from Fulton County as they volunteered at Junior Achievement’s BizTown Discovery Center in downtown Atlanta. The volunteers first received training from Junior Achievement staff, and then proceeded to mentor the sixth graders as they competed in running over fifteen local Atlanta businesses, from Delta Airlines to United Parcel Service, selling their services to their classmates.

“I was amazed at the enthusiasm and eagerness to learn shown by the students,” commented Kim Verska, CIO of Culhane Meadows, who helped organize the event. Heather Haughian, the Atlanta Office Managing Partner of the firm, agreed and added that the attorneys were already looking forward to volunteering again next year. All thirteen of the Atlanta partners of Culhane Meadows, along with seven of their friends and clients, were part of the team staffing BizTown this year.

Funded by The Chick-Fil-A Foundation and other major Atlanta corporate donors, BizTown Discovery Center Atlanta is one of Junior Achievement’s interactive, business simulation facilities located in major U.S. cities, where middle schoolers get to experience the chance to run banks, manage businesses, pay utilities, and even vote, all under the supervision of volunteers from local businesses. Atlanta’s BizTown facility, over 50,000 square feet in size, features 36 storefronts of local companies including Chick-Fil-A, Bank of America, and many others. 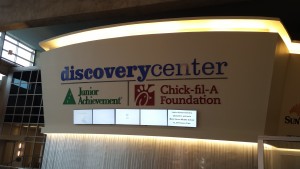 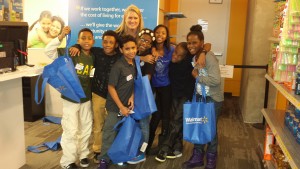