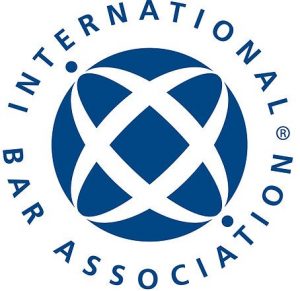 David Jacoby, a partner in Culhane Meadows’ New  York City office, was recently interviewed for an article published by the International Bar Association. The focus of the article is the market disruption caused by travel giant Airbnb and the regulatory responses that have been observed at the local, state and national levels in communities around the world. Here are some excerpts from the article titled “The Hundred-Billion-Dollar Hotel”–

Airbnb started as a home-sharing scheme in San Francisco, but is now an international travel giant, with rumors of a lucrative IPO. Global Insight assesses its meteoric rise and whether more can and should be done – by the company and regulators – to mitigate the effects.

Airbnb has more than 3,000 employees, three million listings in 65,000 cities and more than 200 million users. Growth at such speed, in a sector as complex and heavily regulated as the hotel industry, has not gone unchallenged. Residents of cities with high Airbnb usage have complained of property damage, excess noise and deterioration of community cohesion, all of which Airbnb has tried to address. However, perhaps the most serious concern is that Airbnb empties districts of permanent residents. David Jacoby is former Chair of the IBA’s Leisure Industries Section and a partner at Culhane Meadows, New York. ‘People are not just renting out the one place they live,’ he says, ‘they’re buying properties just to rent them out, causing ripple effects and impacting house prices.’

The issue is how authorities regulate a provider that competes with the largest hotel chains in the world, yet owns almost no property. In the United States, everyone from the Federal Government, State Government, City Hall and building administrators, down to a local co-op board, might have a say in regulating short-term accommodation. Conversely, in a different jurisdiction, the affected regulators might be completely different, and Airbnb hosts might avoid the scrutiny and taxation requirements with which hotels must comply, for example. While Airbnb brings obvious benefits for tourism, cities around the world have responded in various ways to the challenge it presents to housing costs, community cohesion and regulatory standards. France is Airbnb’s second-largest listings market outside the US. Its impact in Paris – a city already flooded with tourists – is keenly felt, says Emmanuelle Llop, Europe Regional Representative for the IBA Leisure Industries Section.

New York City is one of the world’s most expensive, and lucrative, hotel markets, creating an environment ripe for Airbnb to thrive. Its use sits at the heart of a web of regulatory interests. New York State’s Multiple Dwelling Law, which covers buildings with three or more units, prohibits short-term rentals of fewer than 30 days at a time unless the owner is present for the time a guest is renting.

Airbnb’s willingness to pre-empt regulatory difficulties and engage with authorities is admirable, particularly in comparison to other large-scale disruptors. ‘Airbnb has been much better at communicating with regulators and doing voluntary enforcement,’ says Tom Copley, the London Assembly Member, and Housing Spokesperson. ‘Uber has been much more adversarial. Airbnb and I don’t always agree, but they do go out of their way to try to address concerns.’ Nevertheless, the ability to enforce any code of conduct changes remains unclear. As Jacoby points out, ‘with three million rooms, they don’t have the enforcement mechanisms versus their scale to apply any regulations they introduce, and if they did, it might change the economic model so as to be unsustainable.’ Traditional providers all submit to regulatory requirements that Airbnb hosts have, as yet, largely managed to avoid.

Past remedies might provide a way forward. In the platform’s early days, stories of trashed apartments and wild parties attracted bad press for Airbnb. ‘They set up insurance policies, which largely seem to have addressed that problem,’ says Jacoby. Could Airbnb build on that insurance model to mitigate wider damage to communities and pricing? This may be unrealistic, given Airbnb is not the only home-sharing platform around: ‘If restrictions came from Airbnb, and the platform limited itself in that way, a competitor would only respond and fill the gap,’ Jacoby points out.

Is there anything hotels can do to avoid being crushed under Airbnb’s wheels? ‘Airbnb isn’t going to go away so they are finding other ways to try and compete,’ says Jacoby. ‘Hotels have intrinsic advantages they should try to exploit – gyms and spas, suites, bigger rooms, restaurants on site, security, privacy. The appeal of many hotel chains is predictability – that’s harder for a service like Airbnb to emulate,’ he points out. While Airbnb may be primed to take its position alongside Google, Amazon, and Facebook as the tech titan to rule travel, there will always be a place for the traditional hotel – but they may have to adapt to survive.

David Jacoby is a seasoned attorney with impressive diversity and depth of experience in navigating client disputes in a wide range of business industries, including the travel and leisure sector. He is an active member of the International Bar Association and the former Chair of its Leisure Industry Section. He is also an adjunct professor at Fordham University School of Law.