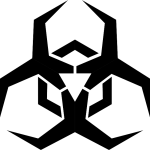 This scary symbol for computer virus marks the Federal Trade Commission’s new “Start with Security: A Guide for Business” issued on June 30, 2015. The Guide reviews over 50 data security enforcement settlements and provides lessons learned for business from those cases. The Guide lists 10 lessons on how business can reduce vulnerabilities in their online networks and data systems. Here are the highlights:

Want more information? Author Linda Priebe is a partner in Culhane Meadows’ Washington DC office where she provides advice and counsel to social media advertisers and marketers, online retailers, regulated industries, employers, federal contractors, and law firms regarding compliance with laws regarding data privacy and security and use of social media in business. She can be reached at LPriebe@CulhaneMeadows.com