by Sharon Lewonski
AIA form contract
Comments are off

When an owner or commercial lease tenant hires an architect, designer or contractor to work on a construction project, the contract documents presented will likely be based on a standard form created by The American Institute of Architects (AIA). These form contracts, although certainly not devoid of utility value, have been crafted, published and promoted by a huge, nationally renowned industry group.  As such, they are designed to protect the interests of architects and to some degree by extension contractors, in their contractual relationships. Despite this obvious bias, it never ceases to amaze me that even the most sophisticated business operator or owner will readily agree to the language in the these standard form contracts without the slightest revision or supplementation. This is often the case even when AIA Document A201-2007 (General Conditions), a 40-page recitation of boilerplate terms and conditions (commonly referred to in circles outside the legal profession as “legal mumbo jumbo”) is incorporated by reference into an AIA form construction contract. I am equally amazed, but admittedly much more amused, when contractors and architects (or their respective counsel) balk at an owner (or owner’s counsel) proposing to make any changes to the standard form, protesting that such an idea will only serve to cause the much dreaded “unnecessary delay” because  the form represents the “industry standard” that “everyo 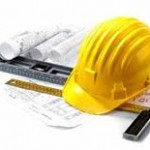 So what’s the bottom line?  Before an owner or commercial lease tenant is lulled into the convenience of signing a standard form construction contract without question, without delay, and without any input whatsoever from their legal counsel, they should ask themselves, “Does standard mean fair?”  Below are just 5 reasons for an owner to pick up the phone to ask an attorney that question, and ultimately – request a review of the standard form construction contract presented by the contractor or architect before its construction project begins.

Sharon M. Lewonski is a partner in Culhane Meadow’s Atlanta office and Chair of the firm’s Real Estate Practice Group, where she primarily focuses her practice on assisting clients on matters concerning the financing, acquisition, development, marketing, management, and disposition of income-generating real estate assets.