Fewer Bites at the Apple for Trademark Registration Issues?

by David Jacoby
litigation, trademark
Comments are off

A party usually gets one chance to establish or dispute a claim, and then one chance to appeal as of right.  The application of that rule in a late March decision from the U.S. Supreme Court has trademark lawyers re-thinking the interplay between proceedings before the Trademark Trial and Appeal Board (TTAB) and federal courts in ways with potentially major impacts for clients. 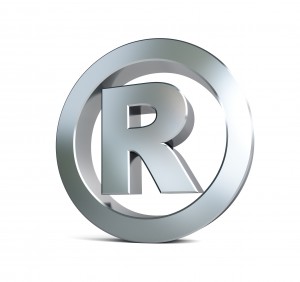 The TTAB is an administrative body within the U.S. Patent and Trademark Office that resolves parties’ disputes over issues like trademark registration oppositions or cancellations.  In 2014, it issued just under 900 decisions.  Trademark disputes between parties also can be brought in federal trial courts, say, when a plaintiff claims a defendant is infringing its trademark.

B&B Hardware, Inc. v. Hargis Industries, Inc. (Dkt. No. 13-352), involved both TTAB and court proceedings.  It was a knock-down, drag-out fight spanning two decades between two companies that manufacture metal fasteners, each for a different industry.  They used similar-seeming names for their products: “SEALTIGHT,” for which B&B had secured a federal trademark registration in 1993; and “SEALTITE,” which Hargis sought to register three years later.   When “SEALTITE” was published in the Official Gazette in 2002, B&B commenced opposition proceedings at the TTAB.  B&B also sued Hargis in federal district court, claiming trademark infringement.

The TTAB ruled that Hargis’ “SEALTITE” could not be registered because it so resembled B&B’s “SEALTIGHT” that it was likely to cause confusion.  Hargis could have sought court review of that TTAB decision, but didn’t.  B&B then argued in its infringement case that Hargis’ TTAB loss barred it from re-arguing the confusion issue in court.  While both the District Court and the Eighth Circuit Court of Appeals rejected B&B’s argument, it won in the Supreme Court.

The majority opinion by Justice Alito reasoned that while there might be  situations – perhaps even many situations – where the issue decided at the TTAB and the issue later presented to a court differed enough so that preclusion should not apply, there was no basis for saying preclusion  never would apply.  Given identical issues, preclusion would apply.   Here, the Court reasoned, the likelihood of confusion standard was the same in both registration and infringement contexts.  Consequently, Hargis does not get another bite at that apple.

Part of the problem, though, is that the TTAB applies certain presumptions when it makes decisions.  For example, as Justice Ginsburg noted in a concurrence, the TTAB may consider a mark in the abstract, not as actually used commercially.  In such a situation, the majority seemed to agree, preclusion would not apply.  Yet another problem is that TTAB proceedings are often more streamlined than District Court proceedings.  They can, but may not, involve discovery; they never involve live witness testimony before the TTAB.  Hargis argued that as a result parties may not take TTAB proceedings seriously enough for it to be fair to preclude later relitigation of the issues presented.  The Supreme Court rejected this argument, reasoning that the statutory benefits of registration are such that parties to a TTAB opposition proceeding “will take the matter seriously.”

The practical upshot of the decision is likely to be that, whatever they used to do, parties now will need to take TTAB proceedings with greater gravity  to avoid the risk of being precluded by how they come out.   That means parties will spend more to litigate TTAB proceedings and will be more inclined to appeal adverse results.  Whether this will improve the trademark system is open to debate.