The New Trend in Raising Capital in Georgia and Throughout the Country: The State Crowdfunding Securities Exemption 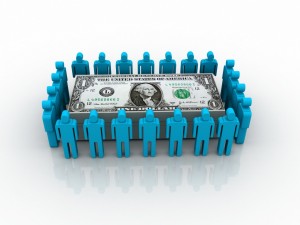 In 2011, Georgia legislature passed the Invest Georgia Exemption (the “IGE”).   The IGE greatly expanded the ability of Georgia businesses to raise capital by selling securities in otherwise federally exempt transactions to other Georgia residents.

Better known as the “intrastate” or “crowdfunding” exemption, the IGE eliminated the ban on general solicitation and permits Georgia companies to raise up to $1 million per year by advertising its offerings via the internet or otherwise to both accredited and non-accredited investors without filing a registration statement with the state government.  Non-accredited investors cannot invest more than $10,000 per offering.  The IGE was one of the first state crowd funding exemptions in the country.     While anecdotal evidence suggests that this exemption has not yet been widely used, the improving economic market and the fact that at least 12 other states have followed Georgia’s lead in enacting legislation similar to the IGE, the popularity of this progressive, business friendly legislation will likely grow over time.

Is the Use of the IGE or Another State’s Crowdfunding Statute Right for Your Start-Up Business?

There is no doubt that the IGE and other similar statutes lower the costs of raising capital and permit   investors previously foreclosed from investing to participate.  In theory, it should also create local jobs.   However, as state-based exemptions only permit companies formed in the state to raise money from residents of the same state, one should examine your contacts in the jurisdiction of choice and also consider whether that jurisdiction is otherwise a business-friendly environment.  Georgia and Texas are prime examples of business friendly jurisdictions as they strike a balance between protecting investors and encouraging small businesses to thrive.

Are there any Federal Crowdfunding Exemptions?
While the SEC has proposed, and there has been much discussion and anticipation about, a federal crowdfunding securities exemption, such exemption has not yet been adopted.  For now, the state exemptions are the only way to crowdfund.

A Cautionary Tale:
This piece is intended to give an overview of the exemptions under the IGE.  There are many requirements to be met before an offering can be deemed to be within this or other securities exemptions.  As companies and individual directors and officers selling securities face potential liabilities for failing to comply with the securities laws, including liabilities for misrepresentation or fraud, it is important to have proper legal advice in the preparation of documents and selling of securities.