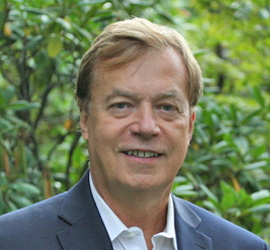 Here are a few excerpts from the article:

A relatively new and controversial legal tactic is being used by debtors facing mass tort liability using an obscure Texas law that allows a business organization to perform a divisive merger. In a divisive merger, a legacy entity divides itself into two or more new entities and allocates its assets and liabilities—with a larger portion of assets being placed into one entity and the mass tort liabilities and a smaller portion of assets being placed in one or more of the other entities.

This Texas two-step begins with a divisive merger under the Texas Business Organization Code §1.002(55)(A), which divides an existing entity into two or more new entities. This divisive merger, however, is not treated as an assignment or transfer of assets or liabilities under this statute and usually contains some form of funding agreement to pay mass tort claims and provisions dealing with various indemnification agreements to address claims made against third parties.

One of the first Texas two-step cases occurred in 2017. In that case, Bestwall was spun off from Georgia-Pacific which was facing over 60,000 asbestos cases. Once the Texas divisive merger was completed the Texas entity holding the asbestos liabilities was converted to a North Carolina entity and subsequently filed Chapter 11 in the Western District of North Carolina, which has a history of being a debtor-friendly forum for mass tort cases. Accordingly, Texas two-step cases are frequently filed there.

A few intriguing issues are presented by the Texas two-step. First, does the process constitute a fraudulent transfer under either applicable Texas law or the Bankruptcy Code? Currently, there is no definitive answer. In Texas, the two-step process theoretically could be treated as a transfer to hinder, delay, or defraud creditors under the Texas fraudulent transfer statute. On the other hand, the Texas Business Organization Code clearly states that a divisive merger does not involve any transfer or assignment of assets. So at least under Texas law, there is an unresolved question as to whether any transfer has even occurred.

Congress has taken notice of the Texas two-step and it is rumored to be planning to introduce legislation to outlaw the process because of the public perception that it abuses the bankruptcy process and unreasonably favors well-capitalized entities that supposedly can afford to pay mass tort claims. One compelling concern is that these well-capitalized companies that are facing mass tort liabilities will resort to the Texas two-step process, thereby potentially depriving mass tort claimants of any meaningful recovery. However, there are countervailing concerns that absent a bankruptcy proceeding where all tort claimants can theoretically participate, the current non-bankruptcy system may only reward those claimants that aggressively litigate claims and thus potentially deprive some claimants of any recovery as assets are depleted to pay more aggressive claimants.

Allowing well-capitalized entities to use the Texas two-step to pay mass tort claimants only a small portion of their damages, isolating substantial assets from recovery, and failing to address payment of both current and future claims seems grossly unfair. While these are typical matters for negotiation, some modification of the Bankruptcy Code to codify criteria and formalize a process as part of an early good-faith case assessment of a mass tort bankruptcy filing would be helpful. This process and criteria seem to have been used by the court in the LTL Management case and could serve as a good blueprint for a Bankruptcy Code amendment.

The foregoing content is for informational purposes only and should not be relied upon as legal advice. Federal, state, and local laws can change rapidly and, therefore, this content may become obsolete or outdated. Please consult with an attorney of your choice to ensure you obtain the most current and accurate counsel about your particular situation.