DOES SEC GET AN A+ IN HELPING BUSINESSES RAISE CAPITAL? 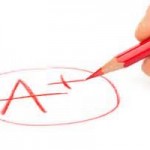 The U.S. Securities and Exchange Commission (SEC) recently adopted long-awaited amendments to Regulation A to implement a section of the JOBS Act that requires the SEC to adopt rules exempting from the registration requirements of the Securities Act offerings of up to $50 million of securities annually. Will the new Regulation A, referred to as Regulation A+, really help small and emerging companies raise capital?

Currently, Rule 506 of Regulation D is the most widely used capital raising exemption under the U.S. securities laws. While Rule 506 does not limit that amount of capital that a company can raise in a year, it does not allow affiliates to participate in an offering and only allows a limited number of investors who are not “accredited investors.”

So far, so good. But remember that the SEC’s primary purpose is to protect investors. So what provisions did the SEC build into Regulation A+ to protect investors? Tier 1 offerings are not exempt from state “blue sky” laws, which means that a company has to comply with state securities laws (and thus different state investor protections) for each state in which an investor lives. This significantly limits the use of Tier 1 offerings for multi-state offerings; complying with up to 50 state securities regulators will make Tier 1 impractical and expensive for a company trying to raise capital from a national crowd of non-accredited investors. Tier 2 offerings allow a company to raise up to $50 million and are exempt from the state blue sky laws. But Tier 2 offerings require 2 years of audited financial statements, which can be expensive and may cause a company to have to disclose financially sensitive or competitive information. Additionally, after a Tier 2 offering, a company must comply with ongoing SEC reporting requirements, filing reports similar to the reports that a public company is required to file. And if non-accredited investors are included in a Tier 2 offering, the securities offered must be listed on a national securities exchange (more expense and compliance) or else the non-accredited investors can only invest 10% of their income or net worth.

Will companies utilize Regulation A+ to raise needed capital? It may make sense for an early-stage company to utilize Tier 1 if it is only raising money in a few states – although the company would have to comply with those states’ securities laws, non-accredited investors would be allowed to participate in the offering. But it is likely that a Rule 506 offering will continue to be the most effective exemption for a young company to use, as Rule 506 offerings do not require state blue sky compliance. Tier 2 offerings may be more popular, but only for more mature companies that are ready to be a small public company and incur all the costs, compliance and distractions that this implies.

So does the SEC get an A+ in helping small and emerging companies raise capital? Or is it still a D? With Regulation A+ set to become effective on June 19, 2015, we will soon find out.

Sheryl Kinlaw is a strategic thinker who has spent 15+ years helping clients ranging from start-up and early-stage companies to large public corporations with a broad range of securities and business law matters. She can be reached at skinlaw@culhanemeadows.com