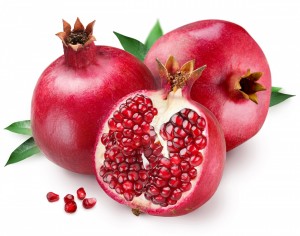 Food, drinks and supplements that hold out hope of making you fitter or saving you from illness are a big business globally, so it’s hardly surprising that they’ve drawn skeptical government attention. One of the highest-profile U.S. law enforcement proceedings has been the Federal Trade Commission’s (FTC) action against POM Wonderful, culminating in a January, 2013 FTC Order finding POM guilty of making misleading and deceptive statements in its advertising.

Now, almost two years later, the U.S. Court of Appeals for the D.C. Circuit has affirmed those findings in a January 30th decision (POM Wonderful, LLC v. FTC, No. 13-1060). At the same time the appellate court reined in perhaps the most widely remarked part of the FTC’s order, one that required POM to back up any future disease-related claims with two randomized, controlled clinical tests (RCTs).   Now just one will be enough.

The FTC proceedings: If you lived in the United States in the first decade of this century and looked at any media, it would have been hard to miss the clever, eye-catching advertising of the POM family of juices, pills and other products made from pomegranates. Many of these ads stressed possible health benefits, including preventing or ameliorating heart disease, prostate cancer and erectile dysfunction. The ads were very successful too; from 2002 to 2010 U.S. sales totaled nearly $250 million.

The FTC began enforcement proceedings against POM under Section 5 of the FTC Act barring deception in advertising. A long trial resulted in a 300+ page FTC administrative law judge’s (ALJ) opinion ruling against POM. The full Commission sustained the ALJ’s decision and went even further. It found two kinds of deception involving more than 30 ads had occurred, involving both “efficacy” (claims of an impact) and “establishment” (claims of proof of the impact).

The FTC found the ads claimed clinical research substantiated POM’s positive anti-disease effects, when in fact clinical proof did not exist when POM made those claims. The Commission also found POM lacked a reasonable basis to back up the claims it made, because experts in the relevant fields would have required RCTs “to establish a causal relationship between a food and the treatment, prevention, or reduction of risk of the serious diseases at issue in this case.” (In the Matter of POM Wonderful LLC, 2013 WL 268926 (FTC Order January 16, 2013) at p. 22.) The FTC then required that any such claims of disease treatment or prevention by POM in the future be supported by two RCTs, while all other assertions would need sufficient competent and reliable scientific evidence to substantiate them. The double RCT requirement, in particular, was likely to impose significant cost and effort burdens on POM.

The D.C. Circuit Opinion: On the petition for review, the Court of Appeals’ 45-page opinion by Judge Srinivasan sustained all of the FTC’s findings as to the deceptive nature of the advertising. The opinion painstakingly scrutinizes the scientific studies on which the POM ads had relied and, like the FTC, finds them lacking. It rejects statutory challenges, finding substantial evidence supported the FTC’s result, and also rejects part of a First Amendment commercial speech challenge, finding misleading speech unprotected.

But the appellate court was troubled by the FTC’s distinction between the proof needed to sustain claims about POM’s products’ disease treatment or prevention impacts — the two-RCT test — and other health claims, which needed only “competent and reliable scientific evidence.” Examining the case law on commercial speech, the court concluded the requirement of some substantiation by RCT was appropriate, especially in light of POM’s “demonstrated propensity to make deceptive representations about the health benefits of their products,” (Slip op. at p. 38), but a double RCT standard was not. The two-RCT requirement was not a “reasonable fit” with the government’s interest in preventing deceptive speech. The D.C. Circuit did not foreclose the possibility that such a requirement could be appropriate in another case, but stated, “The Commission does not explain how the two-RCT requirement is reasonably linked to the particular history of petitioners’ wrongdoing.” (Slip op. at p. 44.) Accordingly, the D.C. Circuit modified the FTC Order to require only a single RCT and otherwise dismissed the petition for review.

POM Wonderful has been a determined litigant in this and other matters; it remains to be seen if it will seek review by the Supreme Court.

Author David Jacoby is a seasoned commercial litigator in Culhane Meadows’ New York City office. He has helped clients navigate disputes in a wide range of industries including haute couture, motion pictures, franchising, financial and software involving trademarks, anti-counterfeiting, copyrights, trade secrets, Internet issues and contract rights. He has tried or argued cases in numerous state and federal trial and appellate courts, in private arbitrations, and at the Iran-U.S. Claims Tribunal at The Hague. Mr. Jacoby discussed the FTC v. POM case in presentations at the 2013 and 2014 International Bar Association annual conferences. He can be reached at djacoby@CulhaneMeadows.com.