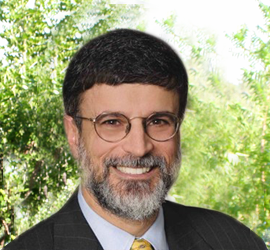 The New York Court of Appeals handed down a much-anticipated decision with important implications for banks as well as for litigants hoping to collect (or avoid collection of) judgments.  In its 5-2 decision in Motorola Credit Corp. v. Standard Chartered Bank [1] on October 23, the Court stood by the “separate entity” doctrine, holding that a garnishment order served on a bank’s New York branch doesn’t oblige the bank to restrict funds at foreign branches.  The result disappointed those who’d hoped the Court would build on its 2009 decision in Koehler v. Bank of Bermuda to make it easier to reach off-shore funds in seeking to collect judgments.

Background   Motorola involved an effort to collect a $3.1 billion federal court judgment — including a whopping $1 billion in punitive damages — against members of the Uzan family of Turkey arising out of a failed telecom deal begun in 1998.  A restraining order was served on the New York branch of Standard Chartered, which is incorporated and headquartered in the United Kingdom, with branches around the world.  The New York branch had none of the judgment debtors’ funds.  But the bank turned up $30 million in Uzan-related funds at branches in the United Arab Emirates and froze them.  In rapid response, the banking authorities in Jordan moved to seize documents at the bank’s branch there, while the UAE cut to the chase and just debited $30 million from Standard Chartered’s account at the central bank.  Caught in the middle, Standard Chartered then asked to be relieved of the restraining order.

The Decision   The Court identified several reasons for keeping the separate entity rule.  First, various New York courts have applied it for nearly a century; foreign banks doubtlessly have relied upon it in establishing their branches in New York.  Thus, it has helped to cement New York’s role as a global financial center.  Moreover, absent the rule, banks with branches in New York could face conflicting legal obligations under New York and foreign law and potential double liability; keeping the rule therefore promotes international comity.

A strong dissent criticized the result in almost moral terms, saying it “permits banks doing business in New York to shield customer accounts held in branches outside of this country, thwarts efforts by judgment creditors to collect judgments, and allows even the most egregious and flagrant judgment debtors to make a mockery of our court’s duly entered judgments.”  Particularly in light of stiffened efforts to attack money-laundering and financing of terrorism, the thought this inconsistent with public policy “and a step in the wrong direction.”

Open Questions Remain   Although the international banks that filed amici briefs doubtless breathed a sigh of relief at the outcome, a number of questions remain open.  The Court’s opinion is careful to underline what it does not decide.  First, it doesn’t resolve whether the separate entity rule  applies to a bank’s other branches in New York or elsewhere in the United States.  Op. at 6 n.2.  And while the opinion dutifully tips its hat to the U.S. Supreme Court’s latest teaching on personal jurisdiction and when corporations are “at home,”  Daimler AG v. Bauman, 134 S.Ct. 746 (2014), it leaves the issue of whether there is jurisdiction of Standard Chartered to be resolved by the federal courts.  Finally, the opinion’s discussion of the separate entity rule in the context of both post-judgment garnishments and  attachments under CPLR Article 62 may provide grounds for arguments that the separate entity rule should limit the scope of pre-judgment attachment orders, too.  A pre-judgment attachment with worldwide effect would pack a lot of wallop, but it also could be at odds with New York’s rejection of the Mareva rule developed by English courts permitting prejudgment worldwide freezing of assets.[2]

About the Author
David Jacoby is a seasoned commercial litigator in Culhane Meadows’ New York City office. He has helped clients navigate disputes in a wide range of industries including haute couture, motion picture, franchising, financial and software industries involving trademarks, anti-counterfeiting, copyrights, trade secrets, Internet issues and contract rights. He has tried or argued cases in numerous state and federal trial and appellate courts, in private arbitrations, and at the Iran-U.S. Claims Tribunal at The Hague. He can be reached at djacoby@culhanemeadows.com.