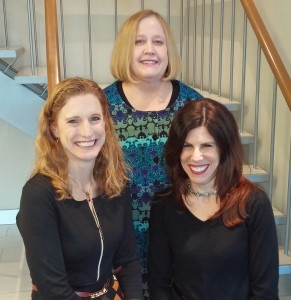 “Given the number of global companies headquartered in Chicago and its exciting start up community, Chicago has been a strategic priority of our firm since its inception,” says Jim Meadows, one of the firm’s founding partners. “Chicago also has an unenviable reputation among corporate clients for harboring some of the highest billable rates in the country—making it the perfect expansion market for our innovative and cost-cutting business model.”

Started by a group of former Big Law attorneys, some of whom had worked together for more than 15 years, the firm now has attorneys based in New York, Washington, Atlanta, Dallas, Austin and Chicago. Unlike traditional law firms, every Culhane-Meadows lawyer is a partner-level attorney with substantial experience with large national and international law firms or in-house legal departments of respected companies. The Firm also utilizes a platform that leverages modern technology and cloud-based commuting, resulting in significantly lower overhead and therefore lower hourly rates to clients – not to mention happier lawyers.

Culhane Meadows also bucks the trend of male-dominated national law firms. Currently, more than half of its partners, and sixty percent of its managers, are women. “We are proud to be one of the few national law firms to enter a major market like Chicago with an all-star team comprised entirely of leading female lawyers,” boasts Mr. Meadows. “It’s just one more example of how we are shaking up the legal marketplace and delivering a genuine alternative to traditional firms.”

Each new partner in Chicago is highly accomplished and brings decades of legal experience to serve the firm’s impressive roster of global business clients, including multiple Fortune 100 and 500 companies.

Angela Washelesky was the first Chicago-based lawyer to join Culhane Meadows, direct from her role as trademark chair of Reed Smith’s Chicago office.  For almost 25 years her practice has focused on trademark prosecution and marketing law. Prior to joining Reed Smith, Ms. Washelesky worked as in-house marketing counsel for Sears, Roebuck & Co. She was also an in-house advertising attorney for Leo Burnett where she worked on the legal aspects of marketing campaigns for companies such as Maytag, Procter & Gamble, Reebok and United Airlines. She earned her B.A. and J.D. from DePaul University and received an LL.M in Intellectual Property from John Marshall Law School. Angela explains that she joined CM so she could again practice law at a reasonable rate, have more client contact and be more like a business owner. “And working in jeans with my dogs nearby doesn’t hurt,” she laughs.

Susan J. Macaulay has more than 30 years’ experience advising clients on a wide range of sophisticated corporate and transactional matters with special emphasis on mergers and acquisitions, corporate, finance and banking.  She has spent more than half of her legal career as in-house counsel to a variety of companies, including roles as VP and Corporate Counsel for Caremark and Associate General Counsel for Heller Financial. She also practiced at Skadden Arps Slate Meagher & Flom before moving to Gardner Carton & Douglas (which later merged into Drinker Biddle Reath), where she served as head of the financial institutions group. Ms. Macaulay received her JD from Loyola University Chicago School of Law her LL.M in financial services law from Chicago-Kent College of Law, where she now serves as an adjunct professor of law. She is the author of a number of publications addressing various topics involving transactional and finance law, and has spoken at many conferences on both a local and a national level.

Paula Jill Krasny is an internationally recognized branding lawyer. For nearly three decades, Ms. Krasny has worked with corporate executives to build, monetize and protect global brands. At Baker & McKenzie, Ms. Krasny was the lead IP strategist on numerous brand-driven cross-border transactions, and she built up global trademark portfolios for some of the world’s leading brands. Ms. Krasny also was a former Chair of the firm’s Chicago Intellectual Property Practice Group. Prior to joining Baker & McKenzie, Ms. Krasny was a partner at the international firm of McDermott Will & Emery. Over the course of her career, she has advised companies, ranging from start-ups to multi-nationals, in numerous industries, including consumer products, apparel, food and beverage, financial and business services, insurance, technology, hospitality and nonprofits. A graduate of Vassar College, Ms. Krasny also studied at Harvard University and earned her J.D. from Northwestern University School of Law. She has received numerous professional honors and served on various nonprofit boards. In 2011, the Anti-Defamation League’s Chicago chapter honored Ms. Krasny as a “Woman of Achievement,” an award given to female business leaders with strong civic contributions. She notes that Culhane Meadows’ flexible business model allows her to have more fun practicing law. “The platform allows me to partner with clients in creative ways. In addition to being able to help companies solve their problems and achieve value, I get to work with amazing and highly experienced lawyers.”

Kelly Rittenberry Culhane, another co-founder of the firm, says that “an increasing number of Fortune-ranked clients are embracing the firm’s game-changing business model because it delivers responsive and exceptional partner-level counsel and experience at a fraction of the cost for identical services from traditional firms.” She continues: “General Counsels are under constant internal pressure to reduce outside legal expenses and they are discovering they can rely on us to provide top-notch services within a budget that benefits their entire organization.”

“Companies are demanding more value from their law firms, and our rapid growth demonstrates that clients and lawyers alike recognize the value proposition of our cloud-based platform,” adds Mr. Meadows. “Simply put, we are causing a wave of positive disruption to the legal markets we’ve already entered and now we are excited to introduce clients in the Windy City to our better way of practicing law.”