by David Jacoby
implied private right of action, new york, non profit, not for profit, whistleblower
Comments are off

Following a multi-year effort, New York State adopted a comprehensive revision of its statute governing not-for-profit corporations that took effect in mid-2014.[1]  Part of the revision was the enactment of a “Whistleblower Policy,” the purpose of which is “. . . to protect from retaliation persons who report suspected improper conduct.” N.Y. N-PCL §715-B(a).  More specifically, the law states that “no director, officer, employee or volunteer . . . who in good faith reports . . .  shall suffer intimidation, harassment, discrimination or other retaliation or, in the case of employees, adverse employment consequence.”  Id.

The first trial-level decision considering this provision has recently been issued.  It weighed the adequacy of a whistleblower complaint that was the subject of a motion to dismiss for failure to state a claim.[2]  The claim survived, with the Court finding the Legislature intended there to be an implied private right of action under the statute. 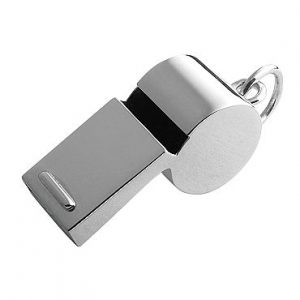 In Pietra v. Poly Prep Country Day School, Index No. 506586/2015 (Supreme Court Kings County)(October 7, 2016), a former employee of defendant Poly Prep claimed her employment de facto was wrongfully terminated, and certain of her benefits were also terminated retroactively, after she informed the school’s headmaster, its finance director and a member of its board that she had learned of alleged misconduct by her supervisor during a trip with students and alumni that had taken place two months earlier.  Plaintiff claimed that the school’s and the headmaster’s failure to keep her identity confidential violated the whistleblower provision and led to the plaintiff’s supervisor harassing, bullying, intimidating, defaming and retaliating against her.  Moreover, when this conduct was reported to the headmaster, the plaintiff alleged, she was fired.

A New York State court considering any motion to dismiss for failure to state a claim must treat facts alleged in a complaint as true, and afford the complaint every possible favorable inference.  Applying that standard, Justice Loren Baily-Schiffman found the whistleblower claim sufficient.

The Court found no serious issue as to the first two tests.  As to the third, the Court rejected the argument a private claim was inconsistent with the Legislature’s choice of enforcement mechanism.  Distinguishing other cases, it stated that the State Attorney General had not been given the exclusive authority to enforce the law.  Consequently, a “private right of action is consistent with a legislative scheme” when the statute does more than just create an enforcement mechanism, but also affords private individuals certain rights.  Significantly, this was the only one of plaintiff’s claims that did survive the dismissal motion.

[1] New York Nonprofit Revitalization Act of 2013, Chapter 549 of the Laws of 2013.  The provision only applies to non-profits with 20 or more employees and annual revenue in excess of $1 million in the prior fiscal year.  The Act covers many other topics as well.  See generally Peter J. Kiernan, Rose Mary Bailly and William Josephson, “Amending the Not-for-Profit Corporation Law – the Beginning,” New York Law Journal, July 23, 2013.

Author David Jacoby is a seasoned litigator with impressive diversity and depth of experience in navigating client disputes in a wide range of business industries. He has tried or argued cases in numerous state and federal trial and appellate courts, in private arbitrations and at the Iran-U.S. Claims Tribunal at The Hague. His intellectual property-related work has included matters in the haute couture, motion picture, franchising, financial and software industries involving trademarks, anti-counterfeiting, copyrights, trade secrets, Internet issues and contract rights.