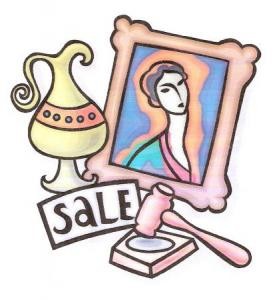 The major art auction houses’ spring sales in New York yielded a record US$2.5 billion in May, but not one penny of it will go to artists as resale royalties under California’s nearly 40-year-old Resale Royalty Act. On May 7, the en banc U.S. Court of Appeals for the Ninth Circuit  struck down application beyond California of the controversial droit de suite law requiring re-sellers of works of fine art (painting, sculpture, drawing or art in glass) to pay 5% of the profit on any resale to the artist who created the artwork, finding it conflicts with the dormant Commerce Clause under the U.S. Constitution. The statute applied not only to sales in California but also to sales by California owners conducted outside the state; the law treated auction houses or others outside the state that conducted such sales as the owners’ agents and required the auction houses to remit the 5% payment as well.  The decision in Sam Francis Foundation et al. v. Christie, Inc. and related cases is here: http://cdn.ca9.uscourts.gov/datastore/opinions/2015/05/05/12-56067.pdf

The statute had been so rarely complied with that a number of famous artists brought suit in 2011 against Christie’s and Sotheby’s, among others, for failing to obey it.  The District Court found the entire statute unconstitutional.  After argument but before decision, a three-judge appellate panel last year suggested the case be taken for en banc consideration by the entire Court of Appeals, which was done.

The en banc decision not only found California’s attempt to regulate the out-of-state conduct of the auction houses unlawful, it also found the application of the royalty payment to sale proceeds remitted to California impermissible, too.  There was a vigorous partial dissent by Judge Reinhardt on that point, with which two other of the 11 judges participating had some sympathy.

The story does not end here, however.  The case was remanded to the original three-judge panel of the Ninth Circuit to consider whether further remand to the District Court should follow to decide alternative arguments raised by defendants that were not reached in view of the wholesale invalidation of the Resale Royalty Act by that court.  These included whether e-Bay, also a defendant, was an agent or a seller, and whether federal copyright law pre-empted the subject matter of the Resale Royalty Act.  Legislation has been introduced previously, and again in this session of Congress, to create an analogous federal resale royalty requirement.

In the meantime, the decision is likely to prompt Californians with high-end art they wish to sell to do so out of state. Or as The Hollywood Reporter asked in an apt headline: “Will High-Priced Art Ever Be Auctioned Again in California?”

Author David Jacoby is a seasoned commercial litigator in Culhane Meadows’ New York City office. He has helped clients navigate disputes in a wide range of industries including haute couture, motion pictures, franchising, financial and software involving trademarks, anti-counterfeiting, copyrights, trade secrets, Internet issues and contract rights. He has tried or argued cases in numerous state and federal trial and appellate courts, in private arbitrations, and at the Iran-U.S. Claims Tribunal at The Hague. Mr. Jacoby has also represented art galleries and artists in litigations and counseled others in art-related contexts. He can be reached at djacoby@CulhaneMeadows.com.