by CM Editor
cram down interest rates
Comments are off 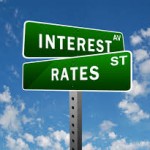 Judge Drain held, among other things, that applicable rate should follow the formula approach laid out by the United States Supreme Court in Till v. SCS Credit Corp., 541 U.S. 465 (2004) where the cramdown interest rate is calculated by augmenting a risk-free (or low-risk) base rate “to account for the risk of nonpayment posed by borrowers in the [] financial position of the debtor.”

Judge Drain also found additional support for his ruling in a pre-Till opinion in In re Valenti, 105 F. 3d 55 (2nd Cir. 1997) where the Second Circuit rejected the efficient market approach (a position advanced by the senior lien appellants in Momentive), stating that courts adopting such an “approach misapprehend the ‘present value’ function of the interest rate.”

Robert Dremluk  is a partner in our New York office practicing in the areas of litigation, finance, bankruptcy, and creditors’ rights.  His work focuses on diverse interests in federal and bankruptcy court litigation and advice and risk assessment regarding transactional matters, including asset purchases, structured finance transactions, real estate workouts, foreclosures, and purchases and sales of distressed assets.