by CM Editor
cram down interest rates, plans of reorganization
Comments are off

The July 31, 2015 issue of The Bankruptcy Strategist contains an article written by Bob Dremluk about a recent case law development in the Momentive bankruptcy cases with respect determining the cram down interest rate for a secured loan in a Chapter 11 case. 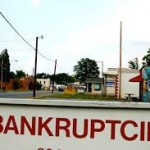 The court further held that the efficient market approach advocated by the appellants overcompensates creditors because the market lending rate must be high enough to cover factors, like lenders’ transaction costs and overall profits that are no longer relevant in the context of court-administered and court-supervised cramdown loans.

Finally, the court found that the risk premiums used by the bankruptcy court in a range of between 1% to 3% were well within the bounds of reasonableness and therefore would not be disturbed.

This ruling has been appealed to the Second Circuit.

While the Momentive decision has certainly shaken up the lending markets, Bob discusses some alternatives that may counter the impact that the case is having on secured lending.

At the same time, the potential cramdown of secured claims at below market rates of interest should be carefully evaluated by distressed debt investors — at least until the Second Circuit rules on the pending Momentive appeal.

Until then, it is evident that Momentive represents a shift of power toward debtors and junior creditors in Chapter 11 cases for the foreseeable future.