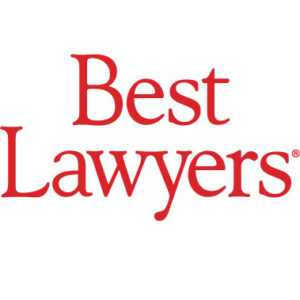 Lynnette Warman arrived at her interview lunch in Dallas with Culhane Meadows co-founders Kelly Culhane and Grant Walsh in 2013 toting an enviable résumé: years having been named a “Texas Super Lawyer,” serving as a fellow at prestigious law colleges, and assembling a hefty book of business. So what did she want from the next stage of her career?

Warman laid her cards on the table: She wanted to keep practicing law, sure, but she also sought the time and flexibility to open an art studio with her sister and spend time with her grandchildren. She wanted to bill fewer than 2,500 hours annually—but still get paid handsomely. It sounds presumptuous, if not crazy. Yet Warman and many other female partners have come to Culhane Meadows because they refused to settle for business as usual—and the firm gave them the opportunity to do just that.

Culhane Meadows, founded in 2013 by a group of Biglaw lawyers who wanted to practice law differently, is almost more a state of mind than a traditional law firm. Each of the seven offices has only a small physical presence; the vast majority of lawyers there work from home offices. While the firm’s legal business address is in Texas, there isn’t a headquarters office. There are no associates here, only partners. There are no swank office spaces. There’s no marketing budget. The only personal administrative assistants are those hired by individual attorneys; the firm itself hires none. There are, however, many women—40 percent of partners and 60 percent of management are female. Culhane Meadows recently received a coveted certification as a Women’s Business Enterprise from the Women’s Business Enterprise National Council.

Culhane Meadows lawyers have no minimum billing quotas. Freed from the tyranny of the billable-hours clock, these lawyers say they get to focus on simply making clients happy. Sometimes this means a lot of hours in a short time, but sometimes it means leaving at 3 p.m. to pick up the kids from school. Lawyers here even take unplugged vacations. When we reached Heather Haughian, a co-founding Culhane Meadows partner, she had just returned from hiking in Peru with her family. For the first time in her career, she told clients that she would not be checking email while she was gone. (She meant it, too—mostly. She confesses to a few lapses, but only to look for “the house is on fire” messages. There weren’t any.) Haughian’s clients either cooled their heels until she returned or worked with other Culhane Meadows partners if the matter couldn’t wait.

“I was more worried about being gone than my clients were, because even though they knew I had coverage while I was out, it can be hard to truly unplug,” Haughian says. When Kim Verska started practicing law, she was told by a female partner that first she should make partner, and only then try to have babies. Verska bucked that conventional wisdom and had children first, opting for part-time status with a prominent Atlanta firm. Eventually, though, that company told her she’d been part-time “too long,” and that she either had to go full-time or leave. So she left.

After a stint at another firm, Verska joined Culhane Meadows. She has no fixed office location and often travels with her kids in the summer—she’s working, yes, but she’s choosing how much to work, and where. It’s all of a piece with the Culhane Meadows business model, which depends on two factors above all: the use of integrated technology throughout the firm and a transparent formula for translating billings into paychecks.

Rise of the Machines

“Technology has forever changed the practice of law,” Lynnette Warman says. Lawyers no longer attend closings in person, nor are original documents signed in blue ink. What’s more, Warman and Verska point out, technology enables them to throw fewer lawyers at a case than they might have, say, 20 years ago. More than once Warman has attended a large creditor meeting with one other attorney to which other firms sent four or five. “That’s partly culture,” she says, “and partly a technology issue.”

Haughian explains that Culhane Meadows has used cloud technology from the start. All billing, document management, and financial data are cloud-based; the firm uses Microsoft Link for frequent video chats. Verska is a fan of Culhane Meadow’s conflict-checking technology in particular. At other firms, she says, conflicts took forever to run. “Now it’s nearly instantaneous.”
Warman has her favorite tech, too, but it’s not firm-wide: It’s her Fitbit, the wearable gadget that reminds her to walk around throughout the day. She started by walking 1,000 steps several times daily. Now, “after 10,000 steps, I can feel more energy and have a sharper brain,” she says. She has lost 100 pounds. Would she have been able to take all those strolls during the workday at her former firms? “Probably not.”

Unlike at most firms, anyone at Culhane Meadows can examine the firm’s financials. Everyone therefore has access to the financials of all partners’ matters, not just their own. “Other firms,” Haughian notes wryly, “are not as keen on full transparency as we are.”

One of Culhane Meadows’ core values is that the formula used to pay partners is straightforward and objective. Basically, partners keep 80 percent of what they bill. If a partner originates a client, Verska says, she keeps that origination credit, without exception.

The Culhane Meadows way, she allows, isn’t for everyone. “It’s an eat-what-you-kill model,” she says. The firm has very few partners who don’t have their own significant book of business. Like all its attorneys, Verska sets her own hourly rate. It’s comparable to that of a senior associate at a big firm, she says, but clients get far more expertise for their money.

“I’ve built a large book of business [at Culhane Meadows],” she says. “I make more money than before, both because it’s easier to get business at this firm due to its innovative model and flexible rates, and because I keep far more.”

The biggest challenge at Culhane Meadows might be the lack of office mates. As Warman says, “I can’t just walk down the hall” and strike up a conversation. Verska, too, has found that she misses the camaraderie of a formal business setting. To mitigate that somewhat, she and another partner in Atlanta have decided to rent office space together. In part to foster connections among the firm’s nearly 60 partners, all Culhane Meadows offices have mandatory monthly events. In Houston, Warman says, partners have spent time by the pool and hung out over drinks. The company also holds a monthly call for all partners and hosts a firm retreat every October.

So what about that art gallery Warman wanted to open, by the way? Not only was taking the time to do it not a problem, she says, but the firm’s Dallas office held its holiday party there.
Warman continues to thrive professionally. She was named to The Best Lawyers in America® list for 2017–2018 in bankruptcy law. The Culhane Meadows model has paid big dividends for her and others like her. “This is the first place I’ve ever worked where I didn’t feel like [it was] mostly good old boys who are at the table,” she says. “I feel more relaxed and emboldened to speak out.”

The above article originally appeared on the Best Lawyers website HERE.

About Culhane Meadows – Big Law for the New Economy®
The largest woman-owned national full-service business law firm in the U.S., Culhane Meadows fields approximately 60 partners in eight offices across the country. Uniquely structured, the firm’s Disruptive Law® business model gives attorneys greater work-life flexibility while delivering outstanding, partner level legal services to major corporations and emerging companies across industry sectors more efficiently and cost-effectively than conventional law firms. Clients enjoy exceptional and highly-efficient legal services provided exclusively by senior attorneys with significant experience and training from large law firms or in-house legal departments of respected corporations. U.S. News & World Report has named Culhane Meadows among the country’s “Best Law Firms” in its 2014 through 2019 rankings and many of the firm’s partners are regularly recognized in Chambers, Super Lawyers, Best Lawyers and Martindale-Hubbell Peer Reviews. Law.com recently named Culhane Meadows among the most innovative law firms in the country. The firm is a proud member of NAMWOLF and was named among the 2018 Best Law Firms for Women by Working Mother magazine.