On Monday, October 6, 2015 the OECD (of which the US is a member)  delivered its long awaited final BEPS (Base Erosion Profit Shifting)  Action Plans.  BEPS, which actually has 15 action points,  is designed to  set up a fair system of global taxation taking into account the global tax issues that have arisen from the  huge increase in cross border business transactions largely driven by the 21st Century rise in highly mobile intangible assets like IP as a major driver of  global wealth and international trade.  The BEPS plan is at heart designed to eliminate double non-taxation, or artificially low taxation, from  stateless or quasi stateless income (here by “state” we really mean country – not a US state like New York) which is in essence taxed nowhere or almost nowhere. However, at the same time,  the BEPS provisions seek to avoid double or even multiple state taxation of  single item of income, and the obvious chilling effect that would have on global trade. 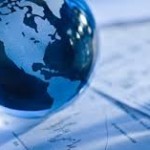 All nice words but what does this all mean. Well, it is impossible to cover the whole scope of BEPS  in anything short of a voluminous tome let alone a fairly short article. However, I think to give a flavor for what BEPS might do, it is  best to illustrate one example of stateless income  and then how BEPS would attack it.  This article will focus on the example and a subsequent article will analyze the potential impact of BEPS.

A hybrid entity mismatch can occur where a company is treated as tax opaque (i.e. an actual tax paying entity)  in one “state”  and tax transparent (i.e. the entity is not taxed and taxable items pass thru to owners who bear the tax consequences ) in another. There are even disregarded entities for tax purposes (i.e. the entity, while organized and valid under “corporate”  law in the state where it was formed, simply does not exist for tax purposes in one state but does exist for tax purposes in the other state.) This is greatly facilitated in the US by so-called check-the-box rules which allow most business entities, wherever they may be organized in the world,  to elect if they will be tax opaque, tax transparent, or even disregarded for US tax purposes. Do note, however, that disregarded entity treatment is only available to entities that have a single member.

Essentially a mismatch occurs where there is a deduction in one state but no income in another – referred to in BEPS as “D/NI” or a deduction in both states or as a “DD” for double deduction.

One prominent use of  the hybrid entity mismatch is the so called Double Irish with a Dutch Sandwich (“DIDS”).

THE DOUBLE IRISH WITH A DUTCH SANDWICH (“DIDS”)

Leg One – The Double Irish Element

In a DIDS,  IP rights, for example to software call the software “Doors”), are transferred  from a US parent (“US MegaTech”)  to a wholly owned Irish subsidiary  (“Irish 1”),  the latter located however in a tax haven (i.e.  a low or no local tax country)  such as Bermuda or the Cayman Islands. Irish 1 receives all the profits from non-US sales of Doors. To avoid or minimize US tax to  the US MegaTech on any gain (i.e. gain = excess of value over cost)  on the  transfer of Doors to Irish 1, this transfer  is done usually at an early stage of development of the software, when the value of the software, Doors,  is quite low. Transfer pricing experts are usually called in for the valuation and for assistance in keeping the value as low as defensibly  possible within the bounds of US tax law.

Two Irish companies are used  to complete the first leg of the structure. As noted, one of these companies, which we are calling Irish 1, is tax resident in a tax haven even though formed under Irish law. Irish tax law at least historically provided that a company is tax resident where its central management and control is located, not where it is incorporated, so that it has been possible for Irish 1 not to be tax resident in Ireland. Irish 1, as noted,  is the offshore entity which owns the valuable non US rights to Doors that are then, initially, licensed to Irish 2,  a second Irish company which is a subsidiary of Irish 1 (and Irish 2 is tax resident in Ireland) in return for substantial royalties or other fees. Irish 2 participates in the actual manufacture/development and sales of  Doors  and receives income from the use of Doors  in countries outside the US. The activity of Irish 2 is enough to make it deemed as active income under United States law as opposed to passive income that generally would be immediately taxable in the US law to US MegaTech as Subpart F income of a Controlled Foreign  Corporation (discussed more in the next paragraph).  And, on  top of that, taxable profits in Ireland would be ultra-low because the royalties or fees paid to Irish 1 for Doors would be tax-deductible expenses for Irish 2 in Ireland. The remaining Irish 2 profits would be taxed at the Irish rate of 12.5%.

However, if the structure is not set up properly, for companies whose ultimate ownership (often called the “ultimate beneficial owner” or “UBO”  in international tax circles)  is located in the United States, such as in this example where the UBO is US MegaTech, ,  the payments between the two related Irish companies might be non-tax-deferrable and subject to current taxation  to US MegaTech at the US corporate tax rates of 35%. This is on account of the potential treatment of these payments as so-called Subpart F income  under the U.S. Internal Revenue Service’s Controlled Foreign Corporation (“CFC”) regulations. This is avoided by having organized Irish 2 as a fully owned subsidiary of  Irish 1, the latter again resident in the tax haven, and then making a  check-the-box US entity classification election for Irish 2 to be disregarded for US tax purposes as a separate entity from its sole owner,  Irish 1. The payments between the two Irish companies are then ignored for US tax purposes as being internal within a single Irish corporation. The income and activities of Irish1 and Irish2 also will be combined in determining whether sales made by either company result in foreign base company sales income to Irish1 (which is a CFC). The non-U.S. sales of Irish1 and Irish2 should not be characterized as generating foreign base company sales income because the Irish1/Irish2 combined entity will not have purchased any property from a related person.  Poof!!  The current US taxable event as Subpart F income  gone and there is no  US taxation until the Doors foreign sales income is actually repatriated back to US MegaTech – which is essentially never at present.  (According to a study released on October 6, 2015, the 500 largest American companies hold more than $2.1 trillion in accumulated profits offshore to avoid U.S. taxes and would collectively owe an estimated $620 billion in U.S. taxes if they repatriated the funds).

A major key to this part of the plan is dependent on the hybrid entity treatment of Irish 2. For  US tax  purposes  Irish 2 is  disregarded  which gives the US tax benefits discussed above.  However, from an Irish tax point of view Irish 2  is recognized which gives certain tax benefits in Ireland. One of these is, of course, the deduction in Ireland by Irish 2 for the royalty payments made to Irish 1.  This reduces the income that would be taxed in Ireland at an already low 12.5% rate (compared to the US rate of 35%) to income in the Irish 1 tax haven country where there will be no local tax.

But one more hurdle first needs to be cleared to get from 12.5% Irish tax to almost 0% tax haven local tax.

Irish law makes it difficult for Irish 2 to send the money directly to  Irish 1 in the tax haven  without incurring a large Irish withholding tax. The fix here is to insert  a Dutch (or other EU) company (“Dutchco”)  between Irish 1 and Irish 2 and having Irish 1 license Doors to Dutchco  which in turn sublicenses Doors to IrishCo2. DutchCo also checks the box for U.S. purposes to be treated as a disregarded entity. Royalty payments from IrishCo2 to DutchCo are not subject to Irish withholding tax, because pursuant to EU directives, such withholding taxes are not permitted when such payments are made between EU resident companies. There also is minimal Dutch tax imposed because the outbound royalty payment from DutchCo to Irish 1 largely offsets this royalty income. Outbound dividends from DutchCo to IrishCo1 also should not be subject to withholding tax.

Again this,  the other major key to the  whole plan,  is dependent on the hybrid entity treatment, this time of DutchCo.  For  US tax  purposes  DutchCo is  disregarded with the felicitous effects on Subpart F passive income noted above.   However, from an Irish and Netherlands  tax point of view,  DutchCo is recognized with concomitant tax benefits . One of these is of course is the Irish withholding tax relief to  Irish 2 for the royalty payments made to DutchCo from Irish 2.  The other is the relief from Netherlands withholding on the royalty payment from DutchCo to Irish 1 in the tax haven country where there will be no local tax.

Since the two Irish holding companies are thought of as “bread” and the Netherland’s company as “cheese” (a bit of a stretch to my mind), this scheme is referred to as the “Double Irish with a Dutch Sandwich”. The Irish authorities never see the full revenues and hence cannot tax them, even at the low Irish 12.5% corporate tax rates. And the high 35%  US tax is deferred indefinitely.

The notion is that from a global standpoint the whole structure works because of the fact that Irish 2 and DutchCo are respected for European  tax law purposes (at least in this case in Ireland and the Netherlands)  but disregarded for US tax law purposes with D/NI (deduction/no income) result.  A hybrid  entity mismatch.

NEXT ARTICLE – HOW BEPS MIGHT EFFECT THE DIDS TECHNIQUE

Stay tuned for an analysis of this potential attack/impact in a future article.