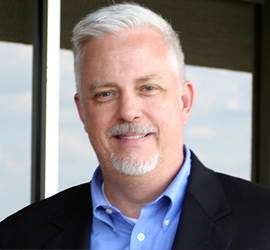 Download VCard
An experienced patent attorney and litigator who is passionate about helping his clients identify, protect and generate value from their innovations.

Mr. Anderson’s practice is devoted to helping clients identify, protect, and generate value from their intellectual property rights. He has worked with leading innovators at global Fortune 100® companies, major research universities, and high-tech startups, all of whom recognize that intellectual property represents a valuable and powerful intangible asset for businesses today.

Mr. Anderson brings a unique perspective to intellectual property matters because he has many years of experience in both patent prosecution and intellectual property litigation, including high-stakes patent litigation. His practice also includes strategic counseling and pragmatic advice regarding patents, trade secrets, trademarks, domain names and copyrights.

Interesting Facts
Mr. Anderson grew up watching rockets launch from Cape Canaveral, attended college on a music scholarship, once ran a half-marathon, and he enjoys snow skiing, serious films, and oil painting (in spite of his red-green color-blindness).  Mr. Anderson is also the proud father of twin boys.