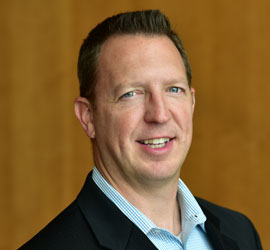 Download VCard
An experienced and respected franchise attorney with years of experience and extensive knowledge gained through counseling and guiding clients throughout every aspect of franchise law compliance, ranging from establishment and development of new franchise concepts to the management, growth and evolution of large national and international franchise brands.

Mr. Whitfill is a transactional attorney focused on franchise and licensing law.  Throughout his career with the leading franchise law practices at some of the largest law firms in the world, Mr. Whitfill has developed his skills and knowledge working on high level franchise matters for national and international franchisors, franchisees, licensors, distributors, master franchisees and area developers.

His experience includes advising and assisting clients in all legal aspects of structuring, operating and growing their franchise systems in compliance with U.S. and international franchise registration and disclosure laws, as well as state franchise relationship laws.

Ryan has been more than top notch for us.  We have a lot of moving parts in a fairly complex business and Ryan has been prompt, professional and invariably spot on in his work for us.  I have complete confidence in him.I can’t say enough about how much he has helped us navigate the sometimes murky waters of our business. Plus, he’s a pleasure to work with.

Ryan represented me on a franchise matter recently, and I was extremely impressed with his knowledge of the law, his attention to detail and the sound advice he gave me. He walked me through the legal issues step by step and overcame each obstacle that could have derailed our franchise development project.  I would have been lost without him.  I highly recommend him to anyone I know in need of a franchise attorney.

Interesting Facts
He was in attendance at the Texas Rangers game when Nolan Ryan pitched his 7th no-hitter. He once hiked from the top of the Grand Canyon down to the bottom and back to the top in a single day.  He was the salutatorian of his high school class.