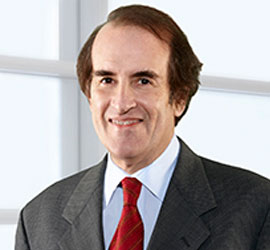 Richard Krantz focuses his practice on a broad range of securities transactions, mergers and acquisitions, and general corporate matters.

Mr. Krantz represents issuers and underwriters in both public and private securities offerings of debt and equity, acquisitions, mergers, restructurings, and joint ventures. He has represented both investors and issuers in structuring, negotiating, and documenting various series and classes of debt and equity securities. Mr. Krantz has handled numerous complex, multi-million dollar transactions, such as representing a leading manufacturer of high-efficiency ultraclean fuel cell power plants in a public offering of 22 million shares of common stock. Mr. Krantz represents the treasurer of the State of Connecticut as trustee for the state’s retirement plans and trust funds, a role which includes handling investments and performing all necessary due diligence and document preparation.

Mergers and Acquisitions
Mr. Krantz regularly assists clients from various industries with merger and acquisition transactions, and he has handled numerous high-value cases during his career. Mr. Krantz represented a manufacturer of processing equipment for the rubber and plastics industries in its sale to a German buyer. When a private biotech company sought to sell, Mr. Krantz provided representation for the transaction and assisted with the evaluation of competing offers. The biotech business ultimately sold for over $100 million.

General Corporate
Mr. Krantz’s practice also includes general corporate matters, including franchises, distributorships, financings, spin-offs, and rights offerings. Mr. Krantz’s corporate clients include private companies of all sizes and emerging companies. In that respect, he has guided companies through formation, capital raising, and reorganizations. He has counseled management and boards of directors both through ordinary operational issues and with respect to unusual transactional matters. In addition, Mr. Krantz represents public companies regarding their reporting and disclosure obligations and other regulatory requirements. Mr. Krantz’s clients regard him as one of their team because he is able to understand and relate to their challenges, obstacles, strengths, and weaknesses.

Representative Experience
During a career spanning more than four decades, Mr. Krantz has serviced clients of various sizes across multiple industries, including –