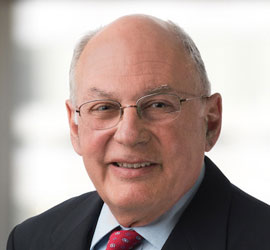 Dr. Orlando Lopez concentrates on helping his clients, which range from individual inventors to large multinational corporations and universities, identify and protect their intellectual property and build their patent portfolios. He has drafted and prosecuted patent applications in diverse areas of technology such as nanotechnology, optics, quantum optics, software, business methods, telecommunications, wireless applications electronic imaging, mechanical and physical devices.

Orlando has over twenty five years of experience at various high technology companies, including Polaroid, Data General, Control Data, and Science Applications, as a technical manager, program manager, engineer and researcher. His experience spans from managing product design projects, managing complex research teams involving software, IC design, optics, mechanics and electronics to being an active researcher in areas from magnetic and optical recording and electromagnetic effects to imaging science. He has broad knowledge in a variety of engineering and physical science disciplines including physical devices, optics, software, imaging science and mechanical devices.

Orlando also spent 15 years at Polaroid Corporation as a senior principal engineer, technical manager in various divisions and as a Technical Manager (licensing) /Patent Agent for the Law and Patent Department. He drafted and prosecuted patent applications in electronic imaging, optics, software, business methods, wireless applications and physical devices, and participated in licensing inventions in optics and electronic imaging.