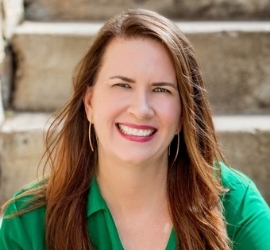 Download VCard
An experienced trial lawyer, collaborator, and problem solver who evaluates evolving factual and legal developments to create the best solution for her clients—whether that is outside of the courtroom or through a trial.

Ms. Kneeland is an experienced trial lawyer whose practice includes employment litigation, commercial and business litigation, and defense of state and local governments, including universities. One of her key skills is to conduct an early assessment of a dispute to evaluate risk and determine whether her client’s goals are best served by crafting a solution outside of the courtroom or taking a case to trial. She continually updates her assessment as the facts develop, and creatively and proactively works to ensure the best resolution. Ms. Kneeland represents clients in the state courts in Texas and New York and federal courts across the country.

Ms. Kneeland has tried a variety of cases to verdict, including employment discrimination, commercial mortgage backed securities litigation, and the defense of public statutes and policies. Her clients have included large financial institutions, state and local governments, and small and medium businesses. Because of her hands on experience in taking a case from initial client interview through appeal, Ms. Kneeland works hard on pretrial motions that may dispose of a case short of trial, treating those motions as part of the necessary preparation for a successful trial.

Ms. Kneeland started her focus on litigation early, serving as a student lawyer in the Law Students in Court clinical program her entire third year of law school at the Georgetown University Law Center, which she got her first taste of life in a courtroom. But she did not neglect the more academic pursuits available to her, joining, publishing an article, and ultimately serving as a notes and comments editor on the Tax Lawyer, the joint ABA/Georgetown tax law publication.

After graduating for law school, Ms. Kneeland had the privilege of clerking for the Honorable Gladys Kessler of the U.S. District Court for the District of D.C. That experience solidified her love of procedure, conflicts of law, and the courtroom. After her clerkship, Ms. Kneeland practiced in Manhattan, most notably with Friedman Kaplan Seiler & Adelman LLP, before relocating to her new Texas home in 2002. After making partner, she decided to pursue public service, serving as an Assistant Attorney General in the General Litigation Division for the State of Texas and an Assistant City Attorney in General Litigation for the City of Austin.

Interesting Facts
Mishell is an avid reader, traveler, music fan, and amateur gourmet cook. When she’s not reading, cooking for friends or an out of town band, or on the road, she volunteers her time with several projects of the Austin Bar Foundation, including the Women’s Resource Fair, which provides medical, legal, and social services to low income, homeless, and abused women.