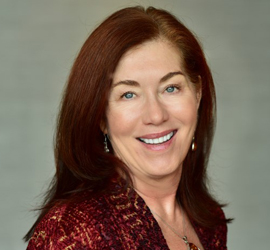 Prior to White House Drug Policy, Linda served as Acting Legal Director at the Bazelon Center for Mental Health Law in Washington DC; Assistant Utah Attorney General for Indian Affairs; Member of the Utah State Solid and Hazardous Waste Control Board; and attorney in private practice representing Indian Tribes in environmental and natural resources litigation. She is also certified in European Data Privacy Law and serves on the Board and Executive Committee of the Norwegian American Chamber of Commerce in Washington, DC. In 2016 Linda was appointed to the Advisory Board of the Polar Research and Policy Initiative (PRPI) an international think tank headquartered in London. She focuses her practice on U.S. and EU Data Privacy/Security, Social Media, and Arctic Compliance and Federal Relations.

When not practicing law, Linda is a Norwegian-American mezzo-soprano performing music ranging from classical and opera to gospel. She has performed for thousands including foreign ambassadors and the Norwegian Royal Family at venues such as Lincoln Center, Carnegie Hall, the Royal Norwegian Embassy and Shea Stadium. Linda’s debut CD “Land of the Midnight Son: Norwegian Christmas in America” received rave reviews, radio airplay and was nominated for Classical Album and Classical Vocalist of the Year by the Washington Area Music Association.