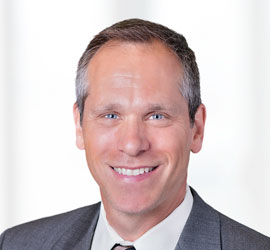 Larry Kass is a partner in the firm’s New York office where his practice covers all aspects of intellectual property, including patent, trade secret, trademark and copyright litigation, client counseling, patent prosecution, licensing and other IP transactions. He especially focuses on biopharma, chemical and manufacturing arts.

Mr. Kass was previously a partner at Milbank, where he led or co-led a number of patent and trade secret litigations, counseled clients, supervised that firm’s patent prosecution, and led the IP aspects of the firm’s corporate and financial transactions. He was lead counsel in a successful and highly publicized case at the International Trade Commission on behalf of a U.S. chemical corporation against its former Chinese distributor for misappropriation of trade secrets. The victory yielded a 10-year order excluding the competing products from the United States. He successfully defended the case on appeal to the U.S. Court of Appeals for the Federal Circuit and against certiorari at the Supreme Court.

Mr. Kass has also successfully represented biopharma companies in multinational, multi-party brand/generic patent litigations. Among those representations, he was one of the leaders of a large team that successfully defended AstraZeneca’s blockbuster drug Prilosec® against two waves of eight generic companies through appeal and defended Nexium® against early challengers until settlement.

At Culhane Meadows, Mr. Kass has served as lead counsel to clients in a number of additional patent and other litigations, all of which settled favorably before trial.

Clients rely on Mr. Kass’ insight and experience for high-stakes litigations, pre-suit investigations, early case assessments and other litigation-related matters. They also rely on his insights to avoid patent prosecution pitfalls that could leave patents vulnerable in later litigations. He has handled IP aspects of multibillion dollar transactions and bankruptcies.

As a strategist, Mr. Kass works diligently to stay several steps ahead. As a leader, he draws out the best from his team and clients with a highly collaborative approach. As a lawyer, he employs versatility, knowledge and a broad range of experience to manage potential issues and achieve positive results. And as a partner and Litigation Group Chair, he is passionate about diversity, working to support women and minorities at the firm and in the profession through active membership in the firm’s Diversity & Inclusion Committee, recruiting, mentoring, sharing contacts and credit, education, and other initiatives inside and outside the firm.

Mr. Kass has authored numerous articles published in the National Law Journal, the New York Law Journal, the American Intellectual Property Law Association Quarterly Journal, the BNA Patent, Trademark and Copyright Journal, Law360 and the Pace Law Review, among others. He is a frequent lecturer and speaker and has held leadership positions in several prominent IP bar associations, including the Federal Circuit Bar Association.

Early in his legal career, Mr. Kass served as Judicial Clerk to the Honorable Alvin A. Schall, Circuit Judge at the Federal Circuit. Before becoming an attorney, he worked as a research scientist and development engineer at a UOP, a joint venture of Union Carbide and Allied Signal, developing processes for efficient refining, cleaner fuels and lower automobile emissions and other innovations, for which he has received several patents.

Interesting Facts
When not working, Larry spends most of his time with his family. He especially enjoys traveling with his two daughters and supporting them in soccer and other sports. His favorite memory is taking them to see the FIFA 2019 Women’s World Cup Final in France, where they also spent a week touring. He enjoys biking, jet boating, swimming and kayaking. Fun fact: Larry’s dog is an amazing frisbee catcher and runs while Larry bikes … except at intersections, where his dog sits until invited to cross.