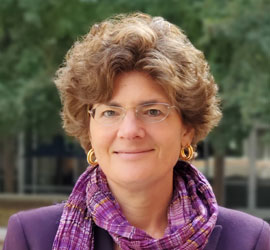 Lara Holzman practices primarily in the areas of trademark litigation and prosecution. She also has extensive experience in licensing and litigation involving other intellectual property, including patents. She has handled opposition and cancellation proceedings before the Trademark Trial and Appeal Board and supervised similar actions in other jurisdictions. In addition, she has litigated trademark and trade dress infringement, dilution, unfair competition, false advertising, and anti-cybersquatting cases in federal court.

Lara is involved in the clearance, filing, prosecution, maintenance, and enforcement of trademarks in the U.S. and abroad. She has also been involved in ICANN proceedings regarding domain name disputes. Lara has performed intellectual property audits and is often involved in corporate due diligence. She has prepared and reviewed numerous intellectual property licenses, nondisclosure agreements, and other IP-related agreements.

Lara received her J.D. from Columbia University, where she was a member of the Columbia-VLA Journal for Law & the Arts. She received her B.A. from Brown University in cognitive science.

Interesting Facts
Lara is a former Division 1 swimmer for Brown and now she coaches 8-12 year-old children in competitive swimming. She also produces Broadway and Off-Broadway theater and she’s an avid gardener, photographer, and sports fan.