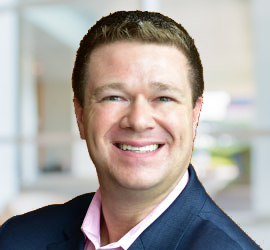 Download VCard
A seasoned business negotiator and litigator who serves clients by combining logic, reason, and creativity while concurrently acting as a tenacious advocate when disputes arise--all the way through trial if necessary.

Mr. Walsh is one of the four co-founders of Culhane Meadows. He focuses his practice in the areas of commercial litigation and dispute resolution related to business transactions, and he also advises clients on contracts, franchising relationships, real estate, and entertainment-related transactions. He is a qualified mediator and utilizes his skills to help parties achieve resolution of their disputes at the earliest possible opportunity. Mr. Walsh’s experience and business acumen have protected his clients’ interests at the negotiation table, in the boardroom and in the courthouse. In addition to his civilian law practice, Mr. Walsh is a commissioned officer in the Texas State Guard where he currently serves as a Major (O-4) in the JAG Corps.

Mr. Walsh has significant litigation and arbitration experience in numerous forums throughout the United States. He has represented clients ranging from large international companies to small “mom and pop” businesses and high net worth individuals. Regardless of whether the client is the plaintiff or defendant, Mr. Walsh believes in delivering effective, creative, and highly-responsive counsel at every stage of a lawsuit in order to achieve a swift, fair, and cost-effective resolution. He approaches every client with a focus on integrity, advocacy, and understanding.

During law school at Southern Methodist University, Mr. Walsh served on the Board of Editors for the SMU Law Review and as Editor-in-Chief for the Journal of Air Law & Commerce. He also spent a semester as a visiting student at Pepperdine School of Law’s Straus Institute for Dispute Resolution in Malibu, California. In 2003, Mr. Walsh was selected as a summer clerk in the chambers of the Hon. Ed Kinkeade of the U.S. Northern District of Texas.

After law school, Mr. Walsh practiced with a downtown-Dallas firm, before he joined an entertainment production company in Las Vegas as General Counsel of global productions. During his tenure, Mr. Walsh was directly involved with the negotiation, procurement, and construction of a large commercial entertainment development at Planet Hollywood Resort & Casino valued at more than $30 million. In addition to Las Vegas, Mr. Walsh has also been involved in live entertainment transactions for artists and shows performing in Atlantic City, Branson (MO), Los Angeles, Pigeon Forge (TN), and New York–as well as numerous television appearances.

Interesting Facts
While not practicing law, Grant is an avid SCUBA diver and snow skier—but those are both difficult interests to pursue in North Texas! Grant worked his way through college and law school as a professional magician and clown, and still performs shows from time to time for civic groups, churches, and children’s hospitals. The Texas Bar Journal recently profiled his magic hobby HERE.  He’s also been a certified Emergency Medical Technician since 2000 and worked for several EMS systems before his law career. Grant resides in Dallas with his wife and their three children.