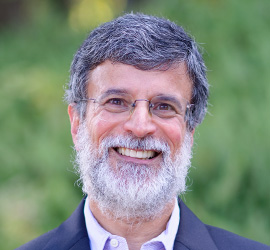 Download VCard
A hands-on litigator who listens before he talks, he brings his knowledge of the law and the courts and his insight and creativity to bear in efficiently solving client problems.

David Jacoby is a seasoned litigator with impressive diversity and depth of experience in navigating client disputes in a wide range of business industries. He has tried or argued cases in numerous state and federal trial and appellate courts, in private arbitrations and at the Iran-U.S. Claims Tribunal at The Hague.

His general litigation practice has involved:

Selected Presentations & Publications
Mr. Jacoby is recognized as a leader among his peers and his articles have appeared in various treatises, The National Law Journal, International Legal Practitioner, Convergence, IP Litigator, Bloomberg Law Reports, The New York Law Journal and The Insurance Advocate, among other law-related periodicals. He has been quoted on legal topics in Women’s Wear Daily, USA Today, Dow Jones VentureWire and various general circulation newspapers.

Interesting Facts
David and his family live in a building with an intriguing history — 150 years, two fires and a lot of reconstruction ago, it was the first municipal insane asylum in New York City. Charles Dickens even visited it. According to David, the building’s infamous past makes for interesting Halloweens.