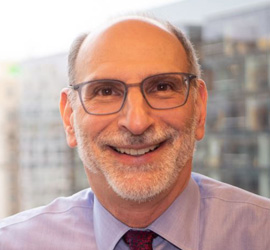 From bid preparation to contract termination – and everything in between – David Hendel has been advising clients on government contracting matters for the past 30 years. David’s practice also includes a special focus on U.S. Postal Service matters.

Soon enough, word got around that David was familiar with the Postal Service’s unique contracting environment, which is exempt from many federal procurement laws and has its own purchasing rules.  Sought after by companies doing business with USPS or looking to do so, he has represented hundreds of clients, ranging from sole proprietors to Fortune 100 companies.  He has worked with clients in many industries, including transportation and logistics, manufacturing, information technology, automotive, real estate and construction, materials handling, and robotics.

Negotiated resolutions often produce the best outcomes for clients, so David seeks to find common ground and common-sense solutions.   But when necessary, David is an active litigator, having represented clients in various forums, including:  U.S. District Court, the U.S. Court of Federal Claims, the Postal Service Board of Contract Appeals (PSBCA), the USPS Supplier Disagreement Resolution Official (SDRO), and the General Accountability Office (GAO).  He also provides training courses on contracting and compliance matters.

David is known for compiling an annual list of the Top 150 USPS contractors, which he has done for the past 20 years.  He frequently presents seminars and writes articles on government contracting topics.  David has also served as Association Attorney for the National Star Route Mail Contractors Association, whose members hold HCR and CDS contracts for the transportation and delivery of mail.   He is author of the Thomson Reuters Briefing Paper, “Contracting with the U.S. Postal Service,” and often quoted in the media on postal contracting matters. For a collection of David’s materials relating to U.S. Postal Service contracts, please visit https://www.postalcontractor.com/.

Interesting Facts
David is an avid runner. He frequently competes in 10Ks, but his favorite race is the San Francisco half-marathon, which he has run for the past eight years. He also enjoys photography and specializes in 3-D photography.