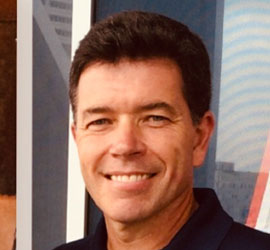 Download VCard
Experienced business litigation attorney with a demonstrated history of successful results in trial courts, arbitration tribunals, and appellate courts. Employs a thoughtful and strategic approach to each case, with an emphasis on preparedness, and has a unique ability to connect with a jury.

Mr. Raley represents clients ranging from sizeable corporations to individuals in a variety of industries, such as gaming, telecom, property insurance, commercial properties, recycling, and construction. Mr. Raley has significant experience trying numerous cases in federal and state trial courts to verdict, as well as conducting arbitrations through the award, confirmation, and collection stages. Mr. Raley also has litigated and argued more than twenty appeals before the Eleventh Circuit Court of Appeals and the Georgia Court of Appeals, including those cases listed below.

Mr. Raley is a member of the State Bar of Georgia and admitted to all federal and state courts in Georgia. He has been awarded the Martindale-Hubbell “AV Preeminent” rating and was selected by his peers for inclusion in Georgia Super Lawyers in 2009-2018.

Interesting Facts
Brian devotes much of his free time to running the Girls’ Softball program at the Northside Youth Organization (“NYO”) in Atlanta. He has served as the Softball Commissioner since 2009 and has coached since 2003 in the program (including both his daughters for 9 and 13 years, respectively). The NYO Softball program annually totals 750 players and the entire NYO sports program includes more than 4000 boys and girls each year, making NYO one of the largest youth sports organizations in the country – one of which Brian is very proud to be a part.