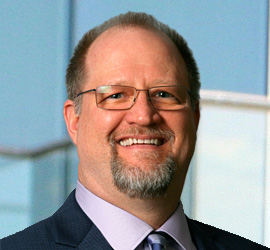 Originally from Corpus Christi, Texas, Mr. Somers began his law career in Los Angeles, California at Greenberg, Glusker, Fields, Claman & Machtinger in Century City and then at Rifkind, Sterling & Levin in Beverly Hills. At both firms, he focused on commercial real estate transactions of all kinds, including representation of landlords and tenants in leasing matters. He next served over 5 years as General Counsel for Standard Management Company, a company headquartered in Los Angeles which owned and managed a large and diverse real estate portfolio spread across the nation, including shopping centers, office buildings, industrial facilities, apartment complexes and mobile home parks. In 1990, Mr. Somers left Standard for private practice representing three significant commercial real estate companies in Los Angeles.

Starting in September 1995, Mr. Somers served as General Counsel for Senterra Real Estate Group, L.L.C., the property management company that leased and managed Greenway Plaza in Houston. He was serving in this capacity when the complex was purchased in October 1996 by Crescent Real Estate Equities, Ltd., a publicly-traded Real Estate Investment Trust (REIT) headquartered in Fort Worth, Texas. Mr. Somers stayed on as General Counsel with Senterra until early 1998, when Crescent tapped him to serve as its first Regional Counsel in Houston. In 1999, he was promoted to Asset Management Counsel for Crescent’s entire portfolio, at which time he was transferred to the company’s home office in Fort Worth. In October 2000, he was promoted to Vice President and Asset Management Counsel for Crescent.

During his tenure at Crescent, Mr. Somers managed and delivered a broad array of operational, leasing and legal services furnished to Crescent’s portfolio of Class A office properties located in Texas, Colorado, Florida, Washington, Georgia, Arizona and California, including the development, implementation and monitoring of operational procedures for the approval, execution and distribution of leases, consents, contracts and other agreements.

From January 2008 until he joined Culhane Meadows, Mr. Somers was a partner at Phillips & Reiter, PLLC. He is admitted to practice law in Texas.

Interesting Facts
Brent is an Eagle Scout and recipient of the prestigious God and Country Award from the Boy Scouts of America. After leaving California in 1991, Brent took a two-year sabbatical traveling and backpacking across southern Africa, China, Macao, Nepal, India, Sikkim, Pakistan, Thailand and Japan. During his trek, he met his beloved wife on the way to Kashmir. After leaving Crescent in March 2007, Brent and his wife introduced their then-teenaged son to international adventure in the form of an 82-day backpacking trip across 20 countries in Europe, from Ireland and Scotland to St. Petersburg, and from Denmark to Prague and Switzerland. Brent is a member of Arborlawn United Methodist Church, where he sang with the choir and as the baritone with the “Arborlawn Boys”, a men’s barbershop quartet.