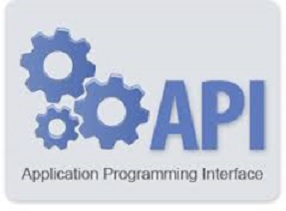 As more and more websites interact with one another, with the express permission of one another or otherwise, the methods of that interaction and the legal consequences continue to come under more and more scrutiny. One avenue for interaction between websites is through Application Programming Interfaces (API’s). An API is a structured set of software tools that provides access to the back-end software of a site (such as social media platforms) without the accessed site having to provide direct access through the underlying proprietary code of the platform. With an API connection, social networking and gaming sites, for example, can allow third party software developers to interface with their platforms to create various social network software applications and even allow for the exchange of data. Of course, such access/use comes with legal considerations.

The ability to build software applications utilizing the API’s of another website’s platform is usually highly restricted through the Terms of Use (“TOU”) of that website. Violating these TOU generally allow the platform owner to deny further use of the API’s and, in effect, to shut down the software application. API TOU can also override other traditional rules of law, such as copyright and trademark law. To avoid this, a careful review of these contractual TOU is recommended and ideally would be done by your applicable business team (e.g. marketing), your technology team and your legal counsel.

API TOU usually require the software developer to represent that the developer owns the IP rights in its software and that its software does not infringe on the rights of any third parties. Additionally, in the event of a dispute involving IP rights in and to the software application, a social network platform is likely to give deference to a purported IP owner claiming infringement pending resolution of the dispute. Therefore, the likely result if such an IP claim is made is that the API site will block the software application from interfacing with the social network platform using the API’s as a violation of the TOU. This is common even though a legitimate defense to the IP claim may exist, such as “fair use” under copyright or trademark law).

Copyright law protects computer programs as literary works. The copying of sections of previously developed software code of third parties when developing a software application will likely violate copyright law, and could also be an express violation of the TOU of the API website.

Most API TOU do not make any exception for “fair use” under copyright law (e.g. that the copied material is being used for commentary, criticism, news, education or research). As a result, the determining issue will be whether the developer has actual ownership of the software code in question, or an otherwise valid license to use it (e.g. through an open source license, for example). If not, the API TOU will still control and could deem the use to violate the TOU. When the API use involves video or music, a “fair use” argument is even more tenuous because the API website is likely to defer to validly-submitted takedown requests under the Digital Millennium Copyright Act (DMCA) in support of a claim of copyright infringement. Again, the risk is that the application will be taken down pending resolution of the dispute.

First and foremost, under trademark law, a user of a trademark cannot infringe a prior registered trademark or a common law trademark if there might be a “likelihood of confusion” between the two. This traditional trademark law standard applies to the use and naming of software applications (“apps”) just like it does generally to sellers of goods and services. As a result, the branding of an app built using API’s requires careful consideration of any third party trademarks, including the social network website’s trademark. Branding an app may not refer to a third party brand or the social network brand in a way that causes the public to be confused about who the actual owner is, or the connection or affiliation between the app and the social network. Even if a trademark is not similar on its face to another brand, if the trademark is deceptively close to another brand, a trademark infringement claim may be successful. Along the same lines, trademarks that suggest an affiliation or a connection between the two apps may also be subject to a legal claim, and other attributes of the app in addition to the name may be important to a determination of infringement (e.g., look and feel, structure, colors, font, designs).

Just like copyright law, most API TOU require an affirmation by the software developer that trademarks will not be infringed, including the social network brand’s trademark(s). Again, traditional exceptions such as fair use (e.g., the trademark is only being used to refer to the actual owner of the trademark) may be trumped by the TOU. Even if a trademark dispute is on uncertain ground, the social network may well opt to shut down operation of the app pending resolution of the dispute.

Most higher-profile social brands are quite specific about how their trademarks are to be used, with specific language included in the API TOU. For example, Skype limits allowable references to the following: “works with Skype,” “uses Skype” or “for Skype.” In addition, Skype further requires that the following express disclaimer be used: “This product uses the Skype API but is not endorsed, certified, or otherwise approved in any way by Skype.”

Patent protection may also apply to particular forms of software. A defense of “independent creation” may not be successful in a patent infringement case, even if the software developer did not knowingly copy or otherwise use third party IP which is the subject of an existing patent. He or she may be accidently infringing on patent rights and violating the TOU.

Additional legal concerns exist when using API’s to get User Generated Content (UGC) from other websites. This is becoming a more and more way of getting access to data/images/content that would otherwise be off-limits. Like the other legal issues discussed above, improper use of UGC can also violate the API TOU of the accessed site. Social media sites are particularly strict about acknowledging the retained IP rights of its users and ensuring that such content is properly protected. For example, the Twitter’s TOU states as follows: “You retain your rights to any Content [any information, text, graphics, photos or other materials uploaded, downloaded or appearing on the Services] you submit, post or display on or through the Services.”

A careful review of the particular website’s API TOU as they relate to your plans to utilize API’s to build a corresponding software application is critical before you begin. Due to the inherent control that the website/API owner has over access and use of the API, it’s imperative to be in strict compliance with the applicable TOU or risk your access being blocked due to an actual or alleged violation of the TOU by you. One possible way for you to reduce your risk of violating the TOU of a social media platform is to form a direct relationship with that site. By going straight to the source, at least the most common risks can be avoided. One example is the partnership between Twitter and Mass Relevance (now part of Spredfast). Under the terms of that partnership, Mass Relevance was granted a license to re-syndicate Twitter content for display, publishing, and broadcast. According to their website, access to Twitter’s Firehose API means Mass Relevance has the ability to analyze every Tweet in real-time (over 250 million daily).